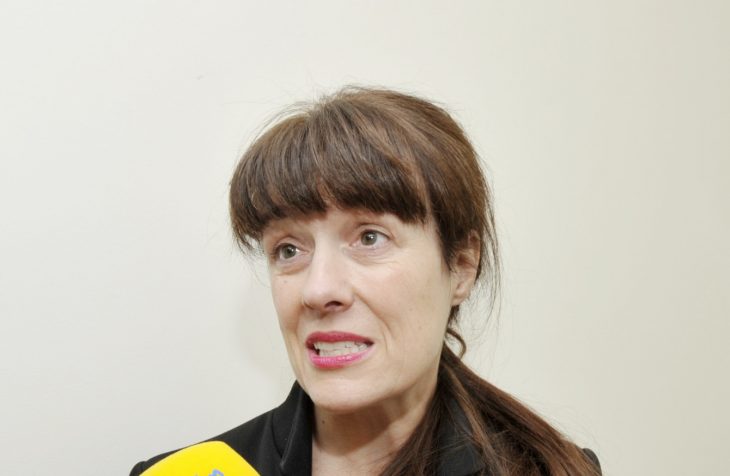 Laura Magahy has led some other major Irish projects over the years.

THE TAOISEACH AND Health Minister have announced the appointment of Laura Magahy as executive director of the new 10-year plan to transform the Irish health service.

Magahy will head up Sláintecare, the long mooted vision for how the future of Ireland’s healthcare service, which was trumpeted as a “health service available to everyone” when TDs launched their report on it last year.

She has previously headed up significant projects such as the €1 billion urban renewal of Temple Bar in the 1990s, and the €284 million development of the Mater in the early 2000s.

The Sláintecare report, published by the Oireachtas committee on the future of healthcare in May 2017, came almost a year after TDs and Senators first began considering proposals.

It proposed an additional €2.8 billion investment in the health service over the next 10 years, with improvements in a number of areas, such as removing hospital inpatient charges, expansion to primary care services, social care expansion and additional mental health services.

Speaking when the report was announced, committee chair Róisín Shortall told RTÉ’s Morning Ireland: “It’s about access that’s not dependent on what you have in your pocket.”

Despite this high cost, “you have to factor in considerable savings that will arise in the new model of care”, Shortall said.

Minister Harris said at the time that the country is now at its “last chance of this generation to get this right and take the politics out of health”.

Magahy will take the reins as executive director of the Sláintecare Programme Office at a time when a number of measures included in the report had already been acted upon, the Department of Health said.

It said that an independent group is already examining issues around private practice in public hospitals, negotiations over a new GP contract had been commenced and a national development plan proposing investment of €10.9 billion in the health service had been published.

As well as her work on the Temple Bar renewal and the Mater Hospital, Magahy and her company MCO have worked on a number of healthcare projects in recent years.

Between 2002 and 2005, she worked with the HSE/St Vincent’s Healthcare Group Board on the €22 million new ward block building which included a dedicated cystic fibrosis unit.

She was also project director on the Great Northern Haven Intelligent Lifetime Homes Project, to deliver sensor-enabled homes and community accommodation in Dundalk.

Magahy will be joined by Dr Tom Keane, who will chair the Sláintecare Advisory Council.

Taoiseach Leo Varadkar said that their appointments “signal the government’s continuing commitment to improving and modernising our health services”.

“Laura and Tom bring a wealth of experience and expertise to these roles, having been instrumental leaders in many major change initiatives,” he said.

In a statement, Magahy said she was “honoured” to take a role on a project that “provides a real opportunity to transform health services over the coming decade”.

“I’m committed to building on the foundation of consensus that has brought Sláintecare to this point, and to working with all stakeholders to make the vision set out in the Sláintecare report a reality,” she added.