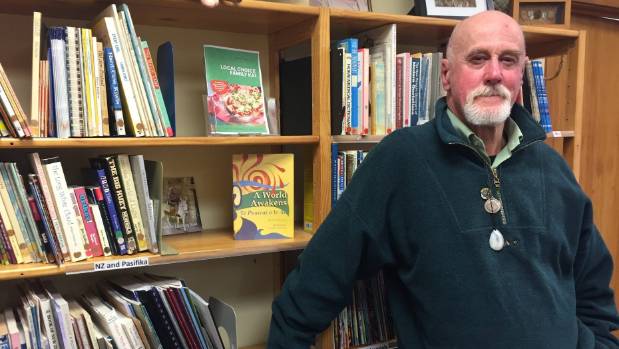 A high school drop out at age 15, Auckland man Keith Allan felt locked out of the world around him.

He could read, just, but couldn’t really communicate in an increasingly complex world.

“I have always been a bad speller, my reading wasn’t too bad but I was afraid to put pen to paper,” he said.

“I was afraid to indulge in an intelligent conversation so I drank a lot of alcohol and smoked a lot of weed.”

Allan, a student at Literacy Waitākere for the last four years, said he was locked out of life by his inability to communicate.

“In the past, when I got any form of government letter, because I didn’t understand it, I would go almost into a panic. I shut down,” he said.

“It used to freak me out because I didn’t understand it.”

Allan said being good with his hands allowed him to work, but it didn’t give him purpose.

“I need to have something in my life that was going to give me value. Being able to read and write is a natural high.

“When I write, I feel this goodness, this power. A natural buzz.”

According to a recent international study, 43 per cent of New Zealanders function at a level of literacy below what was required for day to day life.

That meant almost half of the New Zealand population aged between 16 and 65 could read road signs and basic text but struggled with anything more complex.

This functional literacy puts them at risk of not understanding health and safety issues on the job, and not being able to advocate for themselves with organisations such as Work and Income NZ or Housing New Zealand, Jane Gilmore, manager of Literacy Waitākere, said.

“Leading a full and meaningful life is what many of our students lack.”

Gilmore said many New Zealanders don’t understand the depth of the issues around literacy.

“It’s a huge social justice issue. People get excluded from life. For example, a lot of companies give a literacy test and if they don’t pass the test, they don’t get a job.”

Part of the problem was the stigma around literacy.

“Nobody wants to stick their hand up and say I need to learn to read and write,” she said.

Gilmore said education needed to be inclusive and creative to catch those struggling with the traditional approaches.