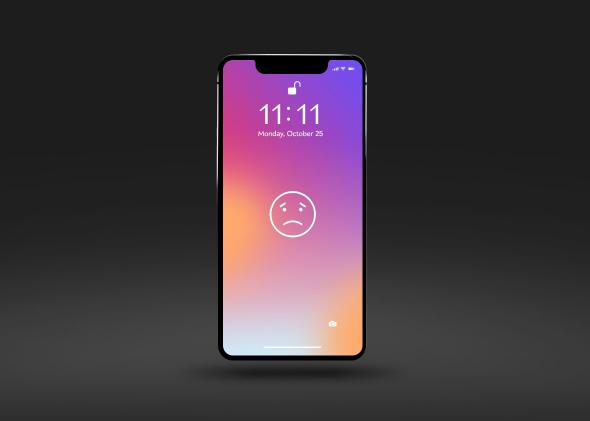 The devices will be better—and our lives will be, too.

The $1,000 iPhone X might not be quite the technological wonder we’ve been promised, according to a report from Bloomberg on Wednesday. Apple is reportedly struggling to maintain quality levels with Face ID, the facial-recognition feature that is the showpiece of its 10th anniversary smartphone, as its partners and suppliers work to assemble millions of devices in time for the iPhone X’s Nov. 3 launch date.

“[Apple] quietly told suppliers they could reduce the accuracy of the face-recognition technology to make it easier to manufacture, according to people familiar with the situation,” Bloomberg reports.

Honestly, this probably isn’t a huge deal. Marketing and management want Face ID to reach a certain performance level, but engineering and suppliers say, “That’s not going to be reasonable, but we can achieve this level of performance, which will still be ‘good enough.’ ” And management says OK, do it. This sort of thing happens all the time in product manufacturing—the public just normally doesn’t hear about it. (Both Apple and manufacturing partner Foxconn, by the way, declined to comment on the report.)

On the other hand: Why is Apple even racing to release a device that, if the Bloomberg report is accurate, needed a bit more time in the shop? It’s because Apple and its competitors are beholden to an annual smartphone update cycle (and in the case of Apple, a biannual major-upgrade cycle). And they stick to it, even if the result is subpar handsets. They shouldn’t.

In fairness, there are a couple of good arguments for the regular smartphone update cycle, which other hardware manufacturers such as Google (with its flagship Pixel smartphone) and Samsung (with its Galaxy and Galaxy Note lines) adhere to, as well. First, it’s all about money. The iPhone is Apple’s cash cow. In its third quarter financial results, Apple reported that it made $24.85 billion in revenue from iPhone sales. That’s more than half of its roughly $44.5 billion in total revenue for that quarter. Apple needs that revenue (well, as much as one of the world’s most valuable companies needs more money in the bank). With a regular annual production cycle, a new phone model gives consumers reason to upgrade even if their old phone is perfectly fine, and those upgrades are an important revenue stream for the company.

Second, with annual updates to our smartphone hardware, it puts the rate of change at a comfortable pace. Many consumers may want a better phone, but not a drastically different-looking phone or experience. With regular updates, progress chugs along, and it’s not until a few years have passed that you look back and realize, Oh wow, smartphones are leagues better than they used to be.

But we’ve reached a point where many of those updates are so incremental that the average human may have trouble seeing the improved processor speed, or wider color gamut, that this year’s phone offers over last year’s. (In Wired’s review of the iPhone 8, the other new release from the company, it called the smartphone “Apple’s best and most boring phone.”) If companies waited a little longer to update their handsets, perhaps the upgrades would be more noticeable—and there’d be greater reason to buy into that new model.

So companies should wait longer to put out a new phone. Rather than simply having a couple of minor processor or camera upgrades inside a redesigned chassis, that phone could offer truly compelling new features—ones that aren’t half-baked or compromised for the sake of the production cycle. If hardware makers weren’t tied down to shipping a new phone each fall, we might see more exciting developments, more creativity, and perhaps greater diversity among smartphone models. I’ve seen it firsthand with my writing: Creative thought doesn’t come when you’re tied down to deadlines and production quotas. It comes when you have time to sit, and think, and even get a bit bored.

There’s at least one more argument for longer production cycles: Our e-waste problem, even with increased recycling opportunities that have cropped up in recent years, is still pretty bad. From an environmental perspective, lengthening the new phone cycle would be a very good thing.

So please: Let’s skip the big Apple event next year. We can wait until 2019 for another iPhone. Consumers, and the environment, don’t stand much to lose. It mostly comes down to whether tech companies are willing to give up that annual revenue boost, and whether they’re open to abandoning a well-entrenched tradition.