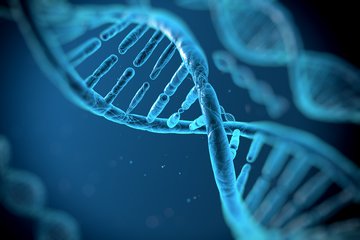 Government intelligence agencies have a plan to build computers that store information inside DNA and other organic molecules.

Intelligence Advanced Research Projects Activity (IARPA), a group within the Office of the Director of National Intelligence that develops technologies for U.S. intelligence services, announced plans to develop “tabletop”-sized machines that can store and retrieve data from large batches of polymers — a term that refers to a wide variety of long, stringlike molecules. Polymers can store data in the sequence of individual atoms or groups of atoms.

The project, which was reported by Nextgov, is an attempt to solve a basic problem of the modern era: the vast and growing costs of data storage. Datacenters around the world sucked up 416.2 terawatt hours of electricity in 2016. That’s about 3 percent of the global supply, according to a report in the Independent, and it accounts for 2 percent of global greenhouse gas emissions. Experts told the Independent that the world can’t sustain the exponential rate of global data center growth.

A 2016 paper in the journal BioMed Research International found that DNA, in particular, could store computer information more densely, require less energy, and survive higher and lower temperatures than conventional hard drives. The authors of that paper reported on the successes of prototype DNA computers that used the genetic molecules for both long-term storage and random access memory (RAM). [Humanoid Robots to Flying Cars: The 10 Coolest DARPA Projects]

But no one has yet figured out how to implement DNA data storage on large scales.

Many of the technologies IARPA wants to develop are untested at these scales, so it’s unclear how far away that proposed “tabletop device” really is.

By clicking “Sign me up” you are subscribing to the LiveScience Newsletter and agreeing to our Terms of Service. Unsubscribe at any time.

The Internet Is Obsessed With This Perfectly Symmetrical Mushroom Cloud

How Did a Chlorine Gas Cloud Form Over a Public Pool?

The Most Interesting Science News Articles of the Week

Amazing Images: The Best Science Photos of the Week

How Does Salmonella Get Into Cereal?

By clicking “Sign me up” you are subscribing to the LiveScience Newsletter and agreeing to our Terms of Service. Unsubscribe at any time.