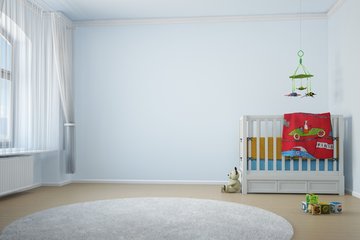 The number of babies being born in the United States continues to fall, with the birth rate reaching a new record low in 2017, according to a new report from the Centers for Disease Control and Prevention.

Last year, about 3.8 million babies were born in the U.S., which is 2 percent lower than the number born in 2016, and the lowest recorded number of births in 30 years, according to the report.

What’s more, there were about 60 births per 1,000 women ages 15 to 44, which is 3 percent lower than the rate in 2016, and the lowest recorded rate since the government started tracking birth rates in 1909. [7 Baby Myths Debunked]

The decline in the U.S. birth rate from 2016 to 2017 was the largest single-year drop since 2010, the researchers wrote in the report, which was published today (May 17).

Part of the reason for the decline in U.S. birth rates may be that people are in a general state of economic uncertainty, said Karen Benjamin Guzzo, associate director of the Center for Family & Demographic Research at Bowling Green State University in Ohio. Even though the Great Recession technically ended in 2009, people may still feel uneasy about their economic situation — they may be employed, but working part time, or going to school and working, or trying to pay off student loans, Guzzo said.

“People feel just really uncertain about the future,” Guzzo told Live Science. “And that generally does not bode well for having kids.”

In addition, young adults may feel like they haven’t met all the milestones they feel they need to reach before having a kid, such as getting a college degree, having a stable income and getting married. “It takes longer to feel like you’re a grown-up,” Guzzo said.

One age group — women in their early 40s — did see an increase in their birth rate in 2017, the report found. This may be because this age group doesn’t have a lot more time to wait to have kids. “They can’t put it off for the future,” Guzzo said.

Guzzo noted that the new report looked at overall birth, but didn’t examine “birth order,” that is, whether the births were a woman’s first, second or third child, and so on. So it’s unclear from the current report whether women are having fewer kids overall (firstborns), or having smaller families; previous data suggest that the latter may be the case, Guzzo said. The CDC will examine birth-order data for 2017 in follow-up report.

Rachael has been with Live Science since 2010. She has a masters degree in journalism from New York University’s Science, Health and Environmental Reporting Program. She also holds a Bachelor of Science in molecular biology and a Master of Science in biology from the University of California, San Diego.

Is the Romaine Lettuce E. Coli Outbreak Finally Over?