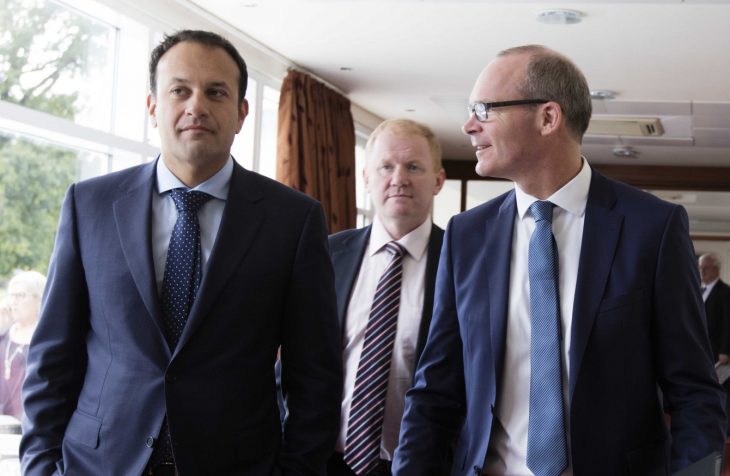 The Irish government is aiming to win a non-permanent seat on the security council for 2021-2022.

THE TAOISEACH AND Tánaiste have travelled to New York to try to win Ireland a seat on the UN Security Council.

Leo Varadkar and Simon Coveney will spend a number of days in the US with the aim of securing the non-permanent seat on the council for 2021-2022 term.

Ireland has bid for the spot in previous years, and has held a seat three times, most recently in 2001-2002.

As part of the charm offensive, Ireland’s bid involves inviting all UN ambassadors to U2′s concert in Madison Square Garden this evening.

In a statement, the Department of Foreign Affairs told TheJournal.ie: “The Government has accepted an offer by U2 to provide a gift of a number of tickets to the band’s concert in New York on Sunday.

This will allow ambassadors of the UN Member States to experience what is undoubtedly one of Ireland’s most well-known cultural exports immediately prior to the campaign launch and will contribute to building awareness of our candidature.

Coveney, who’s also the Minister for Foreign Affairs, tweeted  this morning that an “intensive and important campaign” will take place this week.

He added: “We want to be an independent and courageous voice for peace, stability, human rights and multilateral decision-making through the UN.”

The Irish campaign is said to be focusing on showcasing the country’s foreign policy credentials and international standing in the UN.

A wreath-laying ceremony will take place tomorrow to mark the 60th anniversary of Ireland’s involvement in UN peacekeeping missions. Bono, former president Mary Robinson and the Taoiseach will all speak at the official launch of the campaign tomorrow.

The actual vote itself on who wins the seat at the council doesn’t take place until 2020, with Norway and Canada also vying for the seat.