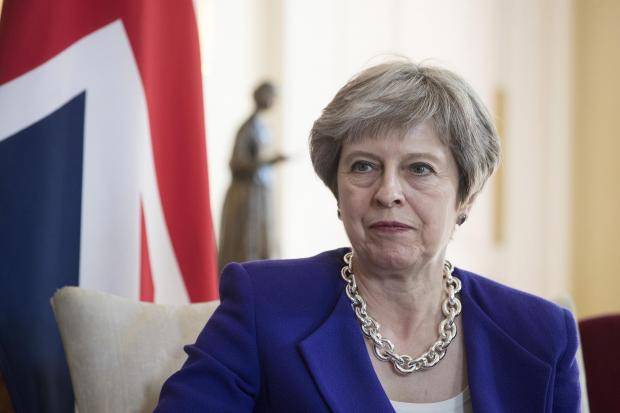 Thousands of skilled foreign workers with job offers in the UK were denied entry due to Theresa May‘s “arbitrary” visa scheme, it has been revealed.

More than 6,000 visa applications from professionals including scientists, IT specialists and doctors were refused over a period of just three months between December and March.

The refusals were the result of an annual limit of 20,700 so-called Tier 2 visas introduced in 2011 while Ms May was home secretary.

It is understood the limit had been breached only once before, in 2015, when 66 engineering roles were turned down.

The Campaign for Science and Engineering (Case), which obtained the figures from a Freedom of Information request to the Home Office, said the “arbitrary” cap was leaving thousands of vital roles unfilled and damaging productivity, public services, business confidence and the UK’s international reputation.

The figures emerged as the House of Commons science and technology committee announced plans to develop its own proposals for new immigration rules for scientists after Brexit.

Among the 6,080 refusals over the four-month period, 1,518 related to doctor posts and 361 to other healthcare professional roles, 1,226 to jobs in IT and technology, 392 engineering roles, 197 teachers, 1,814 professional services and 572 to other professions.

It is possible that some of the refusals related to the same individuals, as employers are able to resubmit applications each month.

Case executive director Sarah Main said: “These figures show the scale of the problem and the urgency to find a solution.

“Across the country, businesses and public services are being blocked at the last hurdle from recruiting the people they need, including in health, engineering and tech, due to the visa cap. This leaves employers frustrated and the public poorly served.”

Case has called on the Government to exempt PhD-level roles and jobs on the shortage occupation list from the cap on Tier 2 visas.

Dr Main said: “The cap is beginning to cause damage and it needs to be addressed quickly. In the immediate term, shortage and PhD level roles should be made exempt from the cap. This would be in line with the priority already afforded to these roles and would create the headroom for other vital roles.

“In the long term, an immigration system for a Global Britain that supports research and innovation should not feature a cap on the international specialists we want to attract.”

Commons science and technology committee chair Norman Lamb said the figures “send the message that the UK is not interested in welcoming science talent at the moment”.

He warned: “The Government needs to work quickly to correct that impression.”

The Liberal Democrat former minister said it was “disappointing” the government appeared to assume scientists were happy to wait for next year’s Immigration Bill to find out what visa rules they would face after Brexit.

“We’re going to roll up our sleeves now and set out our proposals for an immigration system that works for the science and innovation sector,” he said.

The Case call for exemptions from the Tier 2 cap was backed by a number of professional bodies.

Chief executive of the Institute of Physics and Engineering in Medicine, Rosemary Cook, added: “Tier 2 visas are essential to fill roles in the medical physics workforce, where up to 10% of posts are regularly vacant, and are hard to fill from the UK where training commissions do not match demand.”

Peter Finegold, head of education at the Institution of Mechanical Engineers, said: “While political debate surrounding Brexit focuses on speculation around international trade agreements, our doctrinaire immigration policy appears to ignore the fact that our national economy will suffer most if we cannot recruit enough technically skilled workers to meet demand.”

British Medical Association council chair Chaand Nagpaul said: “At a time when the NHS is under enormous strain and struggling to fill positions, the current visa restrictions and arbitrary caps for non-EU workers entering the UK are inexplicable and threatening patient care and safety.”

A Home Office spokesman said: “The Government fully recognises the contribution that international professionals make to the UK. However, it is important that our immigration system works in the national interest, ensuring that employers look first to the UK resident labour market before recruiting from overseas.

“When demand exceeds the monthly available allocation of Tier 2 (General) places, priority is given to applicants filling a shortage or PhD-level occupations. No occupation on the Shortage Occupation List has been refused a place.”