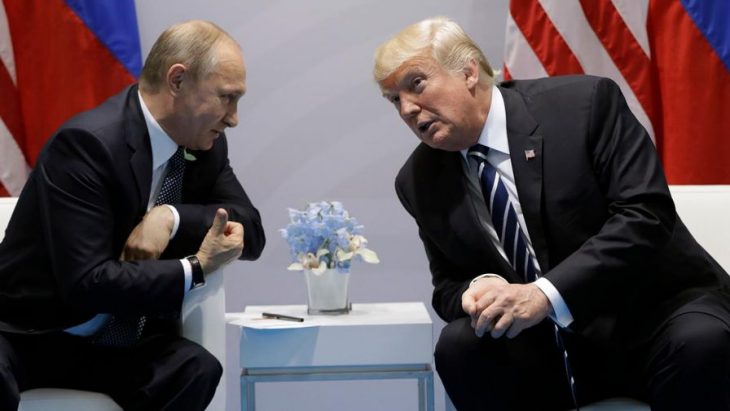 The federal indictment on Friday of 12 Russian intelligence agents accused of hacking Democratic and state election computers in 2016 moves the topic of Russian meddling in the presidential election higher on the agenda for the two nations ahead of President Donald Trump’s summit meeting with Russian President Vladimir Putin in Helsinki.

President Trump said he would address the issue, though it’s unclear how much he will prioritize it compared with other matters, such as seeking Mr. Putin’s help in Syria and other hot spots.

Last week, before Special Counsel Robert Mueller’s indictment was released, the president dismissed the Russia probe as a “rigged witch hunt.” He later said he anticipated the encounter with Russian President Vladimir Putin would be the easiest of a series of overseas meetings this past week with European allies and NATO officials.

At a news conference Thursday, he told reporters that when he meets with Mr. Putin he would “ask your favorite question about meddling,” going on to say that “he may deny it.”

But the indictment could give Mr. Trump fodder to challenge Mr. Putin’s denials of Russian attempts to influence the election.

A dozen Russian intelligence officials are named in the legal document and charged with hacking into the Democratic National Committee and Democratic presidential nominee Hillary Clinton’s campaign beginning in March 2016. The Russian agents obtained login credentials and used them to secretly monitor the activity of “dozens” of Democratic campaign and party officials, the indictment said.

This story continues in the Wall Street Journal.