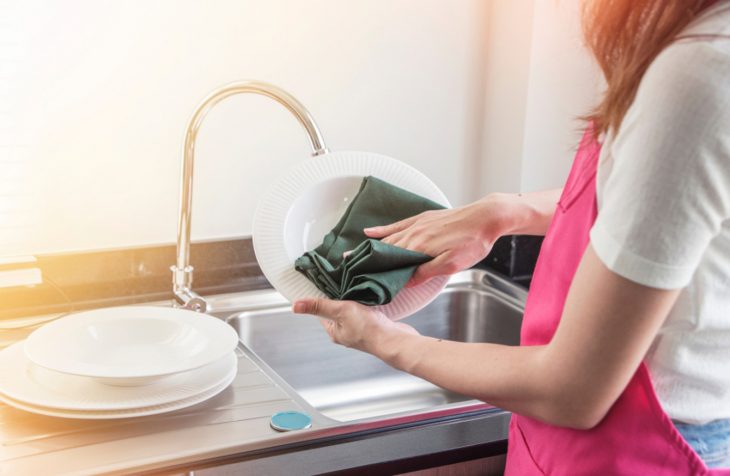 Concerns have been raised about the proposal for a straight-forward deletion of the reference to women in the home in the Constitution.

THE REFERENDUM ON the woman’s place in the home may be delayed until next year, due to a decision made by the Dáil’s business committee this morning.

The referendum was expected to be held at the end of October, on the same day as presidential election and the referendum on removing the reference to blasphemy in the Constitution.

However, the Dáil’s business committee agreed the Bill to allow for a referendum must go through pre-legislative scrutiny.

Concerns have been raised about the proposal for a straight-forward deletion of the reference to women in the home in the Constitution.

The government decided to proceed with a proposal to delete the wording, despite concerns expressed by the Constitutional Convention and the Justice Department.

It had been suggested that the clause should be amended rather than deleted completely and that a gender-neutral clause or a reference to women caring in the home should be included.

During the week, the Taoiseach said reference to women in the home should be totally deleted, adding that the language is “sexist and anachronistic”.

Given the contention on the issue, the business committee refused to grant a request to waive the pre-legislative scrutiny of the Bill which allows for a referendum (which is regularly requested to by ministers)

It is understood the committee agreed the Bill must now go before the Oireachtas Justice Committee in September.

TheJournal.ie understands that it has been suggested that this is too late for establishing Referendum Commission before the proposed date of the end of October.

It is understood the referendum could be held on the same day as the EU and locals elections on 24 May, unless government goes for stand alone date early next year.

A number of referendums are due to be held in 2019. These include:

It is understood Cabinet has been informed of the Business Committee’s decision.