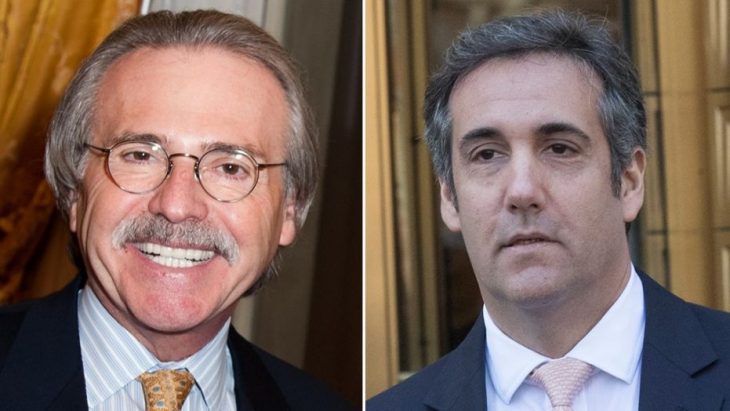 Federal authorities have subpoenaed the publisher of the National Enquirer for records related to its $150,000 payment to a former Playboy model for the rights to her story alleging an affair with Donald Trump, according to people familiar with the matter.

The subpoena from Manhattan federal prosecutors requesting information from the publisher, American Media Inc., about its August 2016 payment to Karen McDougal is part of a broader criminal investigation of Mr. Trump’s former personal lawyer, Michael Cohen, they said.

Investigators are probing any potential efforts by Mr. Cohen to suppress damaging information about Mr. Trump during the presidential campaign, including whether he coordinated with American Media to pay Ms. McDougal and then not publish her account, other people familiar with the matter said.

Prosecutors are examining whether the payment violated campaign-finance or other laws, the people said.

American Media hasn’t been accused of wrongdoing, and the company has denied paying Ms. McDougal to suppress her story.

“American Media Inc., has, and will continue to, comply with any and all requests that do not jeopardize or violate its protected sources or materials pursuant to our first amendment rights,” a company spokesman said in an emailed statement.

Click to read more from The Wall Street Journal.