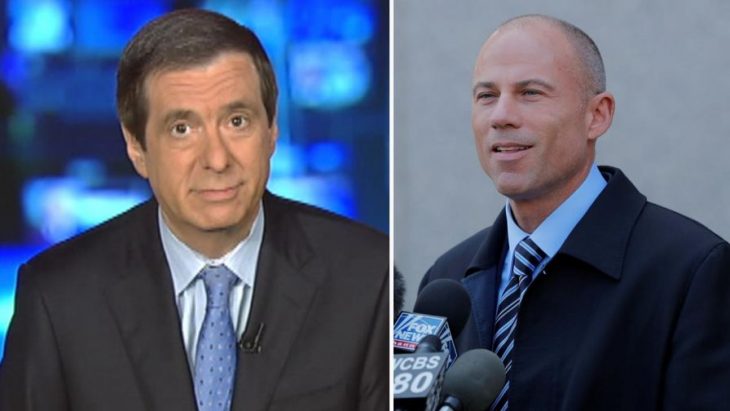 The phrase has no doubt been used before to mock Trump’s famous, “Make America Great Again,” but Avenatti has recently mentioned a possible presidential bid of his own, and he made the comment prior to a trans-Atlantic trip.

Avenatti has promised to run for president against Trump in 2020, in the event that Trump faces lackluster competition.

.@SholaMos1 I look forward to marching with you through London in protest of this most cruel & unusual president. And to the UK and others nervous around the world, let me say this on behalf of many Americians – We WILL make America America again. #BringTheNoise #FightClub #Basta https://t.co/XvZMNqATk4

There is no obvious standard bearer for Democrats, though there have been reports that Sen. Bernie Sanders, I-Vt., and Hillary Clinton could run again, as could younger party stars such as Sen. Cory Booker, D-N.J., and Sen. Kamala Harris, D-Calif.

Avenatti has been a fixture on news programs while representing Daniels, who claims she had sex with Trump in 2006 when he was married, which Trump has denied.

The lawyer has been a vocal critic of the president and tweeted that he looks forward to marching in London against this “most cruel & unusual president.”

Earlier this month, Avenatti laid out his political philosophy. He said he was “pro-choice” and “Would never nominate a justice to the [Supreme Court] who did not believe in Roe or who would seek to outlaw same sex marriage. Fully support equality for women & people of all races, & gay rights. We don’t separate families at the border. And we don’t kiss-up to Putin.”

In an email to Fox News earlier this month, Avenatti claimed that he had been “approached by both the Republican and Democratic parties” about being a 2020 candidate.

Fox News’ Samuel Chamberlain and the Associated Press contributed to this report.