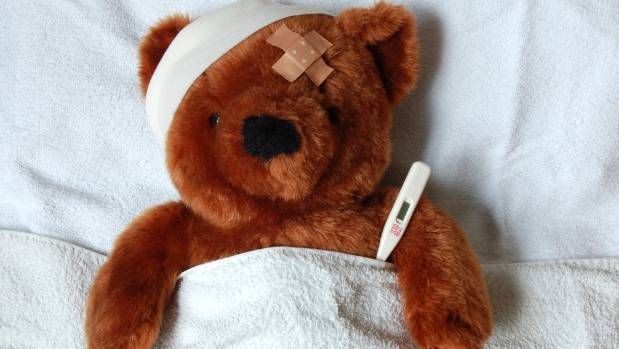 A daycare centre where a teacher injured a child so badly that the child was hospitalised twice is among hundreds of complaints of malpractice upheld upon investigation last year.

A Ministry of Education report, released on Wednesday, says it received 339 complaints about 286 early childhood centres, playgroups and kōhanga reo  – about 5 per cent of New Zealand providers – in 2017.

Do you have concerns about your child’s daycare centre? Email adele.redmond@stuff.co.nz

There were about 100 complaints of abuse, neglect and poor behaviour management. Among them were cases where children had been smacked, dragged, kicked, and hit with drumsticks and brooms.

Complaints about childcare centres with lice, mould, and poor hygiene practices that caused illness to spread were also upheld.

READ MORE:
* Abuse and neglect amid complaints upheld
* Ministry of Education withholding complaints data
* Complaints about early childcare centres on the rise
* Childhood centres in complaints to stay secret
* Need to get tough with rule-breaking centres

Forty-two dangerous, dirty and disgraced centres had their licences suspended, cancelled or down-graded to provisional as a result of the complaints.

“It’s important that parents and caregivers can have confidence that their children are learning in a safe, well-run early childhood service … Every complaint we receive is treated seriously,” ministry deputy secretary Katrina Casey said.

“We assess each complaint, and if a service falls short of the standards we impose conditions for improvement or shut the service down.”

The ministry investigated about 87 per cent of complaints it received and upheld just under half.

Complaints about health and safety concerns “continue to be significantly higher than any other category”, numbering nearly half of all complaints, the report says.

These included staff smoking and drinking on the job, insufficient food, hazardous environments, and the potential for children to run off site.

There had also been an increase in complaints of abuse and neglect. As well as many complaints of smacking and “rough handling”, ministry investigators found instances where children had weighted bladders placed on them as a behaviour strategy, or had their arms held behind them until they went to sleep.

Many complaints also related to centres not reporting dangerous or unprofessional incidents to parents.

These included a centre that failed to tell parents about an elbow injury that later turned out to be a fracture, and another where there was a delay in telling parents about a minor head injury sustained after their child fell from the centre’s monkey bars.

Employment concerns, including wrongful dismissals and employing staff before police vetting had been completed, were also prominent.

Several centres’ licences were cancelled after complaints they had failed to pay staff were upheld, and one centre was closed for committing fraud.