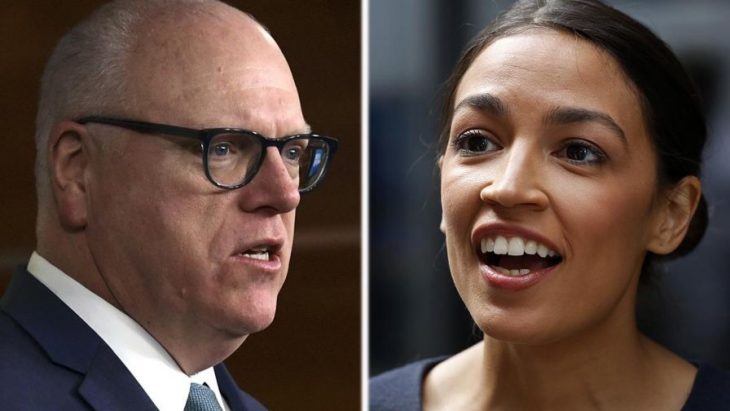 Joe Crowley, who was potentially in line to replace Pelosi, lost his primary to newcomer Alexandria Ocasio-Cortez. Ed Henry has the story for ‘Special Report.’

Joe Crowley, who was potentially in line to replace Pelosi, lost his primary to newcomer Alexandria Ocasio-Cortez. Ed Henry has the story for ‘Special Report.’

Rep. Nancy Pelosi, D- Calif., on Wednesday appeared to downplay the ramifications of Alexandra Ocasio-Cortez’s stunning victory in New York’s 14th District, saying voters went for the left-of-left candidate in one district and does not represent the seismic shift presented in the media.

Crowley’s loss to a Democratic socialist was considered a shocking defeat. He’d been expected to be in the consideration for next speaker if Democrats retook the House in the November midterms.

President Trump on Wednesday told a rally in Fargo, North Dakota, that one of his “biggest critics, a slovenly man, Joe Crowley, got his ass kicked by a young woman who had a lot of energy.”

Pelosi was asked Wednesday about the Republican notion that socialism was afoot in her party and she denied the theory.

“It’s ascendent in that district perhaps. But I don’t accept any characterization of our party presented by the Republicans. So let me reject that right now. Our party is a big tent, our districts are very different, one from the other,” she said.

Among Ocasio-Cortez’s issues she ran on were expanding the Medicare program to people of all ages and abolishing Immigration and Customs Enforcement (ICE).

“We beat a machine with a movement, and that is what we have done today,” Ocasio-Cortez said. “Working-class Americans want a clear champion and there is nothing radical about moral clarity in 2018.”

The New York Times’ editorial page said that Ocasio-Cortez’s victory “is a vivid sign of the changing of the guard.”

“What remains to be seen, though, is whether Democratic leaders will embrace these newcomers or see them as a threat,” the paper wrote.  “That may determine whether Democrats are able to take back the House of Representatives in November.”