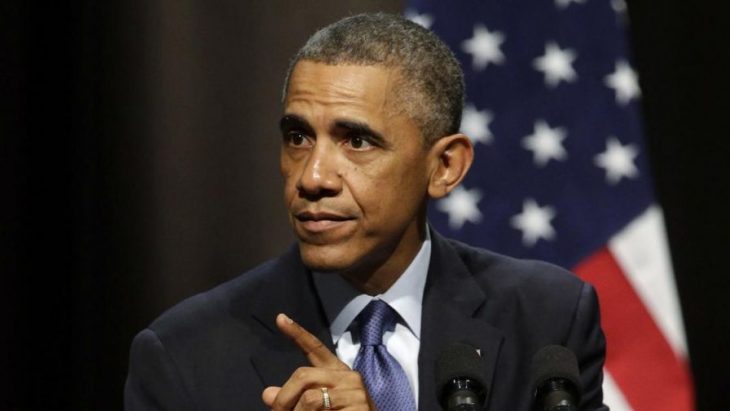 Former President Barack Obama is reportedly secretly meeting with 2020 Democratic presidential hopefuls, offering advice and guidance on the future of the party; reaction on ‘The Story.’

Former President Barack Obama is reportedly secretly meeting with 2020 Democratic presidential hopefuls, offering advice and guidance on the future of the party; reaction on ‘The Story.’

During an expensive fundraiser in Beverly Hills on Thursday night, former President Barack Obama accused “the other side” of being “angry all the time.”

“They’re mad even when they win. Have you noticed that?” Obama said during a conversation with Democratic National Committee Chairman Tom Perez, the Los Angeles Times reported.

About 200 donors payed anywhere from $2,700 to $100,000 to attend the Obama-Perez discussion, which also included a performance by singer Christina Aguilera, the paper reported.

In L.A., Obama urges donors not to take midterms for granted: “We are seeing the consequences” of a political story based on fear https://t.co/t4X9fN6AaC pic.twitter.com/r7CtTXrQPS

Much of the talk focused on Obama drawing stark comparisons between the years of his presidency, and the tenure of his successor, whom he did not mention by name.

He also cautioned his fellow Democrats against taking for granted that their frustration with Republican leadership in Washington will coalesce in a “blue wave” of votes at the polls in November.

“I would caution us from extrapolating too much from a bunch of special elections and starting to think that, ‘OK, this will take care of itself.’ Because it won’t,” Obama said.

The event was held at the home of Allan and Nicole Mutchnik. Allan Mutchnik is an executive with Harbor Freight Tools who has frequently donated to Democratic candidates, the Times reported.