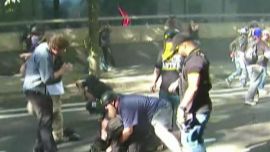 The National Security Agency said Thursday it is deleting call records after “irregularities” caused it to collect records it was not authorized to receive.

The agency released a statement saying it began deleting records in May after “analysts noted technical irregularities in some data received from telecommunications service providers.”

The records date back to 2015 and were obtained under the Foreign Intelligence Surveillance Act.

The statement added that “the root cause of the problem has since been addressed” for future call record collecting.

In a written follow-up statement to The Associated Press, the NSA said it is “following a specific court-authorized process,” but technical irregularities resulted in the production of some call records that the NSA “was not authorized to receive.”

The NSA faced a legal battle surrounding its internet surveillance data collection program in 2017, when the 4th U.S. Circuit Court of Appeals ruled that a challenge brought by the American Civil Liberties Union could move forward.