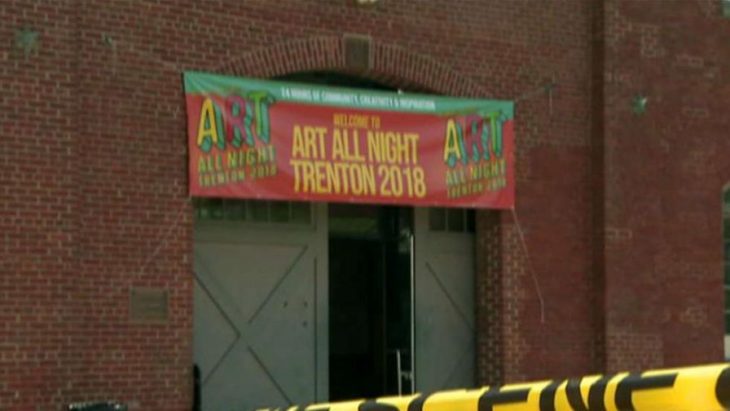 22 injured, one suspect dead after shots rang out during the overnight gathering in Trenton; Bryan Llenas reports on the investigation.

22 injured, one suspect dead after shots rang out during the overnight gathering in Trenton; Bryan Llenas reports on the investigation.

New Jersey Gov. Phil Murphy responded to Sunday’s deadly shooting at a Trenton arts festival by calling for new controls on guns. But a suspect’s gang membership — and early release from prison after Murphy took office — may have been bigger factors in an incident that left one person dead and 22 wounded.

The suspect, identified as Tahaji Wells, 33, opened fire before 3 a.m. at the Art All Night festival in New Jersey’s capital city, in what appears to have been a gang-related dispute. Wells was reportedly killed by police, and 17 of the 22 people injured reportedly suffered gunshot wounds.

A second suspect, identified as Amir Armstrong, 23, remained hospitalized in stable condition and was facing a weapons charge, while a third suspect was in critical condition.

Less than 24 hours after the gunfire, Murphy — a former Goldman Sachs banker who served as President Barack Obama’s ambassador to Germany — began calling for gun control without addressing the other circumstances involved in the crime.

“It’s yet another reminder of the senseless gun violence, even having signed six stringent gun laws last week,” Murphy said at a news conference Sunday following a service at Trenton’s Galilee Baptist Church.

We awoke to news of a mass shooting right here in Trenton.

Art All Night is a time when we all come together. We cannot let gun violence tear us apart.

During the service, he said he “and many others around this state are committed to ending this scourge of gun violence” and urged the Congress to take action on guns “as a national matter.”

On Twitter, the governor also said the immediate aftermath is the time to speak about possible gun control.

But it turns out that Wells had been released from prison in February, despite receiving an 18-year state prison sentence in 2004 on an aggravated manslaughter conviction in the shooting death of a 22-year-old man, NJ.com reported.

And in 2010, while still in prison, Wells was sentenced to six additional years after pleading guilty to a second-degree racketeering charge. He reportedly helped a gang leader run the group from inside prison.

So despite two lengthy sentences that should have left Wells serving time behind bars into the 2020s, he was back on the streets and able to commit Sunday’s crime.

Murphy has decried the sentencing and incarceration of people throughout his campaign and time in office as part of his criminal justice reform agenda, which includes a review of sentencing laws in the state.

The governor’s efforts weren’t just promises, as earlier this year he resurrected the Criminal Sentencing and Disposition Commission created in 2009, which never actually held any meetings due to former state Gov. Chris Christie’s reluctance to appoint any members.

“We can and must do better,” Murphy said in a statement announcing the restart of the commission. “A Criminal Sentencing and Disposition Commission can undertake the important review of our sentencing laws and recommend reforms necessary to ensure a stronger, fairer and more just state.”

Phil Murphy, who became New Jersey’s governor in January, speaks at a campaign rally in Newark in 2017.

Another key promise of Murphy was to “expand re-entry services, so that the people coming out of prison have the support they need to return to productive lives” – a measure that should have supposedly prevented Wells’ shooting spree.

Yet, Murphy slashed all the money from a prisoner reentry program that was created by his fellow Democratic Party colleagues, NJ.com reported. The program provided training and helped former prisoners to find jobs and claimed it reduced recidivism rates.