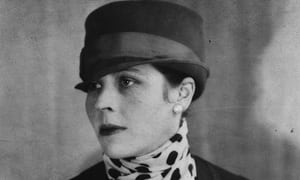 Opinions have divided starkly on May’s reading group – but does Djuna Barnes’s novel ever settle anywhere between exhilaration and baffling tedium?

Djuna Barnes’s Nightwood is one of the most divisive books we have tackled on the reading group. Just consider this quick selection of responses sent in over the last week:

Touché. And the uncomfortable suspicion about that last joke is that if Nightwood were actually longer, no one on Earth would finish it. (The original manuscript was 670 pages long: a terrifying prospect.)

I must also give the floor to SydneyH:

We asked for modernism – and boy, did we get it. Barnes throws out the rules of structure, form and even sentence construction – and that’s part of the fascination. Just as her outcast characters are trying to shrug off the shackles of early 20th-century society, so Barnes breaks the rules of prose. Sometimes it’s exhilarating. There are some glorious surprises and descriptions – here’s a description of the first chapter’s main subject, Felix:

Barnes loves contradictions. I suppose the idea of listening with loquacity is funny, even if her exact meaning is elusive. Maybe Felix is not really listening. Or he is listening and expounding on what he hears and interjecting. Nightwood takes a bit of fudging and a few mental loops, but it has a kind of charm. I’m still stumped by a “fragment of resuscitation” and there’s plenty more that I think I’m missing. But I hope that if I read the book again, I might well learn to love it.

Barnes often deliberately severs the link between her main verbs and her subjects in these long unwieldy sentences. It’s difficult – but not without purpose. She makes you check and recheck where you are, leaving you like a booky Tantalus, eternally grasping for meaning just out of reach.

TS Eliot once wrote that Nightwood is “so good a novel that only sensibilities trained on poetry” can appreciate it. I’m still not sold – but perhaps I lack the right training. I don’t think I will ever be convinced that the line about “holiday candies” isn’t just a complicated way of repackaging the well-known expression “like writing in a stick of rock”, or other similarly overstretched similes. If that isn’t bad writing, what is it? And why make it all so elaborately tedious?

I have a partial answer to that last question. Early in the book we are introduced to Dr Matthew-Mighty-grain-of-salt-Dante-O’Connor. At first he even seems more long-winded than his name – but if you stick with him, a kind of reward comes. The “incredible disorder” of his private home setting is described:

In a few more brief lines, we understand Dr Matthew’s poverty, his thwarted medical ambitions, his secret longings. We are made to understand why he puts on such a preposterous public face: his self-promoting babble is a defence mechanism. He remains a windbag, but maybe not such an absurd one.

Nightwood is full of similar moments of enlightenment and reassessment, though getting to them can be a slog. I find myself agreeing with all the opinions shared by the group; not so much impaled on the pickets as coming down on both sides of the fence. Even Eliot once said of Barnes: “Never has so much genius been combined with so little talent.” So it’s no surprise that she has divided readers – but at the very least, she’s interesting.