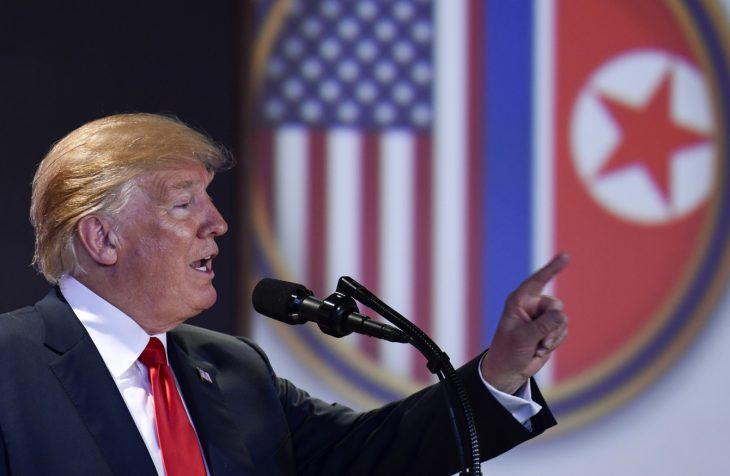 Trump dismissed the suit as “ridiculous”.

US PRESIDENT DONALD Trump’s foundation served as a personal piggy bank for his businesses, legal bills and presidential campaign, New York’s attorney general said in a lawsuit as she sued the charity, Trump and three of his children.

The Donald J Trump Foundation “was little more than a chequebook for payments from Mr Trump or his businesses to nonprofits, regardless of their purpose or legality,” Democratic AG Barbara Underwood said as she sued to dissolve the foundation and seek $2.8 million in restitution.

The lawsuit says the foundation illegally helped support the Republican’s campaign by raising money at a nationally televised fundraiser in January 2016, then allowing campaign staffers to dictate how the money was spent in grants.

The Trump campaign, at the time, said the foundation intended to cooperate with the investigation.

“I won’t settle this case!” tweeted the US president, accusing “sleazy New York Democrats” of “doing everything they can to sue me”.