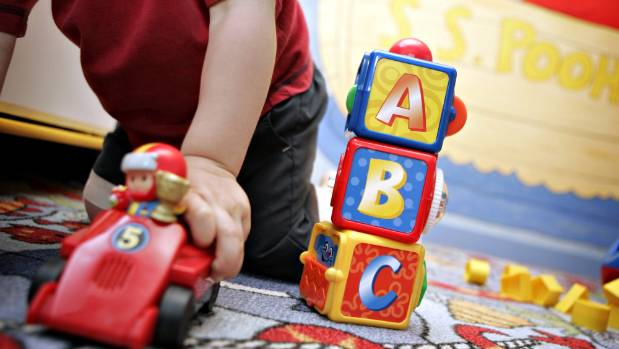 Three teachers have been barred from the profession, and a fourth reprimanded, for using physical force against young children.

Pre-schoolers were smacked, force-fed, dragged by their arms, and had their hair pulled by three of the teachers. The other, a primary school teacher, grabbed a four-year-old child with Down Syndrome by the face, twisted her nose and scratched her neck when she did not follow instructions.

“When you hear cases like this it’s a sign that things are not all well within the early childhood system.

“It’s no excuse for a teacher hurting a child but there are very high stressors out there.”

The tribunal said the use of physical force, “even at a low level, is unacceptable in New Zealand schools”.

“Any teacher that uses physical force … puts his or her status as a teacher in peril.”

All the behaviour addressed in the tribunal’s decisions occurred in 2015 and 2016.

Loisi Janene Finau was dismissed from her job at Community Kindy in Otahuhu, Auckland, after pulling the hair of four boys who had pulled plants from the centre’s garden.

“In the course of dealing with the children’s behaviour, she would grab them by the arm, pinch and shake them or drag them by their arms … She used abusive and sarcastic language around the children and told them they were stupid,” the tribunal’s decision to censure Finau said.

She had denied each of the allegations, but said she knew she had a firm hand and her practice was “unorthodox”. She ultimately took responsibility for her behaviour.

Hosking denied claims she smacked, dragged and force-fed a child, and swore around children at Best Start Edukids Shirley in Christchurch.

The tribunal said Hosking could have avoided deregistration “had there been a willingness to engage and learn” but she did not accept responsibility, despite evidence the incident constituted a “pattern of behaviour, rather than a one-off incident”.

Te Peeti, who manhandled the child with Down Syndrome, “demonstrated no insight” into the seriousness of her actions and believed she had been “unfairly targeted”, the tribunal said.

The child cried and remained upset for some time afterward and “the facial and neck injuries visible for at least four hours after the incident”.

The tribunal was concerned the assault was not an isolated incident because the school’s board of trustees had investigated two other instances where Te Peeti used physical force against students. The name of the school and its location was not disclosed.

Michelle Griffiths, who pushed a “challenging” child to a seated position on the ground and pulled him back up by his arm, also “continues to maintain that she has done nothing wrong”.

Her conduct at Child’s Play Preschool, Ashburton, was “accompanied by anger and emotion” and an unnecessary use of force, the tribunal said.

Alexander said early childhood centres, which are responsible for teachers’ professional development, may not be adequately supporting them if teachers using force could not see the error of their ways.

“If they feel it’s okay to do that it suggests to me there are problems in terms of mentorship that the employer is providing them.”

She also said a way to alert teachers and parents to problematic centres was needed.

“We hear teachers’ names in the news all the time but there’s no independent body for reporting providers”.