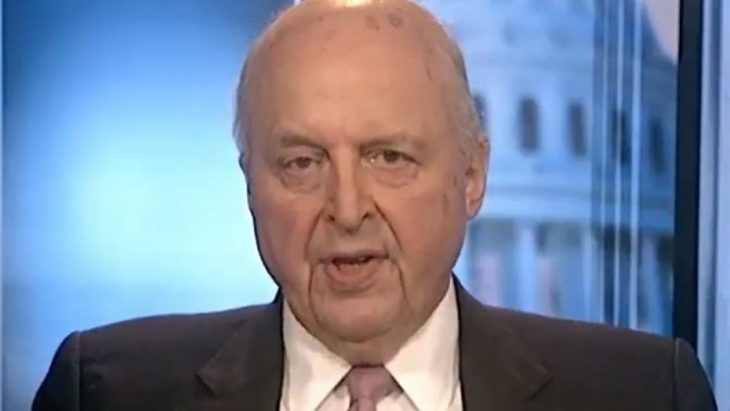 “It could have just as well waited until the president had left Europe,” John Negroponte, a former deputy secretary of state, told journalist Krystal Ball in an interview that will appear online Monday. Ball co-hosts the program “Rising,” on Hill.TV.

Former top US diplomat: Mueller charges could have waited until after Trump-Putin summit https://t.co/7F8KGfj3a8

Negroponte, who also served as U.S. ambassador to the United Nations and is a former director of national intelligence, added that he believes the Trump-Putin summit should proceed, regardless of the indictments.

“If it’s been scheduled, it’s important that these two heads of state meet,” Negroponte told Ball, according to the Hill. “Russia is a permanent member of the [U.N.] Security Council, it’s a nuclear weapons state, it has global reach — whether it’s in the Middle East, or in the Korean Peninsula, or elsewhere — and I think it behooves us to have that kind of dialogue.”

“If it’s been scheduled, it’s important that these two heads of state meet. Russia is a permanent member of the [U.N.] Security Council, it’s a nuclear weapons state, it has global reach … and I think it behooves us to have that kind of dialogue.”

Rosenstein said Trump was briefed about the indictments earlier in the week and was “fully aware” of them before the announcement, Business Insider reported.

The presidents of the U.S. and Russia are scheduled to meet Monday in Helsinki, Finland. Trump has faced pressure from lawmakers in both parties to raise the issue of Russian meddling in the 2016 election during the meeting with Putin.

Others, in wake of the indictments, have urged Trump to simply cancel the meeting.

Trump told reporters Friday morning that he planned to address election meddling with Putin, but he believed the Mueller investigation was a “witch hunt.”

“I think that we’re being hurt very badly by the — I would call it the witch hunt,” Trump said during a news conference with British Prime Minister Theresa May, the Washington Post reported.

Trump then addressed the meddling issue.

“I know you’ll ask, ‘Will we be talking about meddling?’ And I will absolutely bring that up,” the president said, according to the Post. “There won’t be a Perry Mason here, I don’t think, but you never know what happens, right? But I will absolutely, firmly ask the question.”