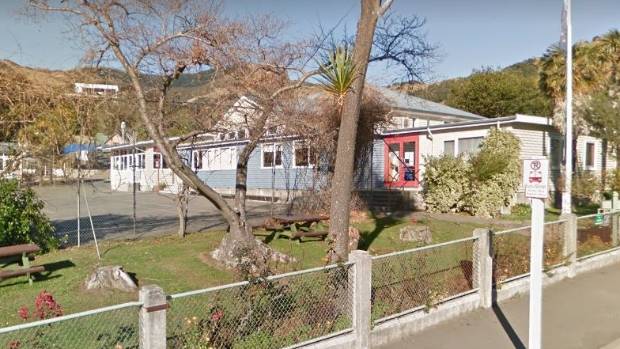 The failure to explain parents’ unwillingness to follow a school’s complaints process meant a story about alleged bullying was unbalanced, the Media Council has ruled.

The stories concentrated on concerns certain school parents had regarding alleged “bullying” at the school. These parents, who claimed Akaroa School senior staff had bullied their children and themselves, had essentially been left without recourse since ERO and later Ministry of Education had basically disregarded the allegations. The bullying was sufficiently serious to result in harm for children and their parents and cause considerable tension in the community.

The second story spoke of some six staff and two families having left the school in recent months “continuing a pattern of high staff turnover”. The apparent refusal by ERO and Ministry of Education to take any effective action had encouraged the school’s senior staff to persist with their overbearing attitudes.

Mr Ryan’s lengthy complaint, while covering both articles, was directed particularly at the second.

The complaint can be summarised. Mr Ryan says that the stories gave unbalanced publicity to the actions of an aggrieved handful of parents who unjustifiably claim the school is treating the children and them badly. Their actions according to Mr Ryan are unfair. Mr Ryan says the issues troubling the concerned parents (which he says are complex) have been receiving proper attention from the authorities and from the school itself. The issues are not matters which can effectively be worked through in the glare of publicity.

Mr Ryan claims Stuff cannot have spoken to those who hold a different view to the concerned parents. He says there is no basis for Stuff to have implied the six departing staff had left through any bullying culture.

Mr Ryan has provided the council with comments given by Ministry of Education to Stuff before the March piece was published.

Finally, Mr Ryan claims the Stuff story was not only unbalanced, but has also served to further exacerbate the issues at play. He claims the stories have enabled the concerned parents to themselves “bully the school”.

Stuff rejects the complaints. It says it consulted reasonably widely before the story was written. While not being prepared to disclose who its reporter actually spoke to, Stuff says it talked with parents, staff and former staff, not all having been party to the referral to the Ministry (this reference following the ERO report which was claimed to be “narrow”).

Stuff says the school’s chair of trustees and principal chose not to respond to its inquiries. Stuff disagrees with Mr Ryan’s suggestion that the media cannot publish stories simply because one party to an issue refuses to comment. If this were true then it “would quite simply be the end of journalism”. The stories were of considerable public interest and needed to be aired.

Stuff says that any event the stories were balanced since comments from the ministry were published. Stuff claims the ministry’s position was summarised by reference to the comment that it could only take “limited action since the concerned parents wished to remain anonymous”. The story covered the parents’ reasons in this regard. They felt their children would be further harassed should they have been identified to the school.

Stuff says it is aware of the impact articles such as this can have on a school community. It did not take the decision to publish lightly. It offers to engage with Akaroa School to assist it in better explaining its position.

The Media Council is unable to determine whether there is in fact a bullying culture at Akaroa School. There is no doubt there are polarised views among various members of the school community. Nor will the council direct who Stuff should have liaised with in preparing the story. The council can only review the articles themselves in the context of the material provided and with reference to relevant principles.

With this said the council has considered the ministry’s explanation as to the steps which it had taken in connection with the matter.

The ministry in its explanation referred to more than just the concerned parents’ request for anonymity. Significantly, in the council’s view, the ministry said that the parents in question had not agreed to follow the school’s complaints process, had declined the opportunity to meet with ministry representatives and had the turned down the opportunity to participate in in an assisted facilitation or mediation with the school’s trustees. The ministry referred to it having contacted individual parents to gain information about specific concerns (an offer to meet with the concerned group having been declined). The ministry also said it had met with the school trustees and additional meetings with them were planned.

While the ministry had told the parents it was difficult to seek resolution when parties to dispute required anonymity and where they were not prepared to participate in steps designed to resolve issues, it “had assured them that it would continue to work with and support the school”.

While the second article mentioned the ministry’s response the story only referred to the difficulties arising from the parents’ wish for anonymity. The implication to be taken from this incomplete reference is that the ministry was therefore unable to positively assist. The parents were isolated in pursuing their concerns as a consequence.

The complaint is upheld.

The full Media Council decision is at www.mediacouncil.org.nz