WATCH ABOVE: Government fully committed to preventing impaired driving due to marijuana

WATCH ABOVE: Government fully committed to preventing impaired driving due to marijuana

The Senate has voted to accept the latest version of the government’s long-debated legal marijuana legislation, paving the way for the bill to pass into Canadian law.

The Senate voted 52-29 to approve the government’s newest version of Bill C-45 on Tuesday evening.

Bill C-45 now moves to royal assent, the final step in the legislative process. That could occur within days at the government’s discretion. The government’s desire to see home grown marijuana permitted across Canada eventually prevailed, and a proposal from the Senate to allow provinces and territories to ban them has been stripped from the final bill.

“We have witnessed today a very historic vote that ends 90 years of prohibition, that’s historic. It ends 90 years of needless criminalization, it ends a prohibition model that inhibited and discouraged public health, and community health approaches in favour of ‘just say no.’ Approaches that simply failed our young people miserably,” independent Senator Tony Dean said after the vote.


READ MORE:
Over half of Canadian workplaces are ‘concerned’ about dealing with legal weed: Report

But not all Senators were happy with it.

“This bill does not do what the overarching goal says it does, which is to reduce the marijuana use among young people,” Tory Senator Leo Housakos said.

“The message for me is be very cautious, just because it’s legal doesn’t make it right. Educate yourself, and take cautious steps because what you do today will invariably have an impact on your life for years to come.”

WATCH: When will weed actually be legal? 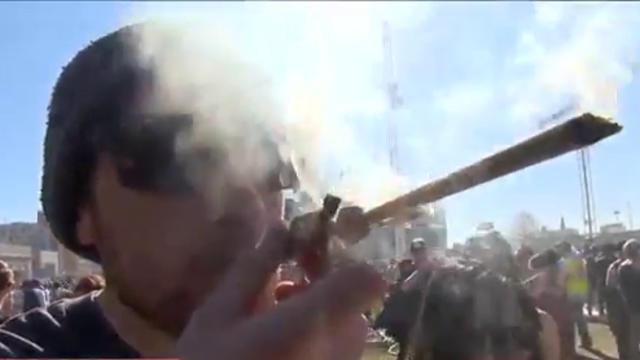 Marijuana is not yet legal in Canada, and is not expected to be until late August or early September. The provinces and municipalities have been promised eight to 12 weeks for their final preparations.

READ MORE: Marijuana won’t be legal on July 1, and here’s why

Bill C-45 has been the subject of heated debate and uncertainty on Parliament Hill over the past several days. The conflict between the elected House of Commons and the unelected Senate ramped up last week with the government’s rejection of several key Senate amendments — most notably one linked to home cultivation.

Quebec, Manitoba and Nunavut have all decided they don’t want to allow home grows, in spite of the federal government’s desire to permit four plants per household. The Senate decided to side with the provinces, inserting a provision that would allow them to ban home grows if they desired. 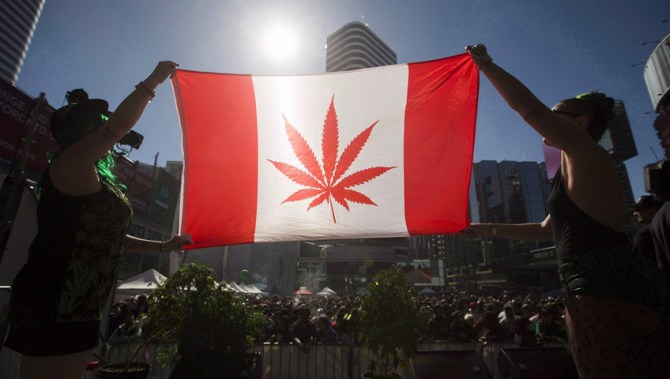 Over the weekend and into Monday, however, there began to be indications that the Senate might defer to the government’s position.

In an interview on The West Block on Sunday, Dean, who sponsored the bill in the upper chamber, noted that while the Senate can provide advice, it’s the government that makes final decisions.

Then, on Monday, independent Sen. Andre Pratte, who had publicly supported the provincial bans, told reporters that while he felt the issue was important, “it’s not crucial” and not important enough to provoke a crisis.

“We know that it will come before the courts,” Pratte said. “That’s a case, even in the opinion of the Quebec government, that you’d have an excellent chance of winning.”

READ MORE: The countdown is on for cannabis legalization as feds race ticking clock

Court challenges may indeed be inevitable, and Quebec has already promised it will push back against any federal law that allows home-grows across the land.

A spokesperson for Manitoba’s justice minister told Global News on Tuesday that the minister is “satisfied that provinces have the legal authority to restrict home grown cannabis, up to and including prohibition” and that the Manitoba would be “willing to defend our position if challenged.” 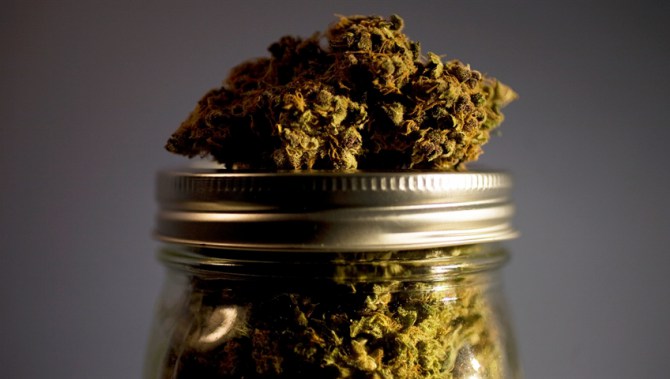 One other complication also remains: the government’s second marijuana bill, linked to drug-impaired driving. Bill C-46 includes new powers for police and harsher penalties for driving under the influence of alcohol or drugs, but like C-45, it contained some elements that the Senate wasn’t sure should be included.

Specifically, the upper chamber took exception to allowing police to force drivers to submit to random breath tests (without any reasonable suspicion of impairment) that could detect the active ingredient in marijuana.

The Senate removed that mandatory screening provision, which Justice Minister Jody-Wilson Raybould dubbed the “centrepiece” of the legislation, and sent C-46 back to the House of Commons. The government then rejected the Senate’s changes.

READ MORE: Pot … or not? Small provinces much more prepared for Day 1 of legalization

As of Tuesday, the issues surrounding Bill C-46 are still not resolved. The House of Commons is set to rise for the summer on Friday.

The enforcement of Canada’s new impaired driving laws, once they take effect, is also somewhat up in the air. Police currently rely on standard field sobriety tests, Drug Recognition Experts (DREs) and bodily fluid testing to detect impairment by drugs.

“At this time, we await approval by the federal government as to which units will meet technical specifications and will be approved by the Minister of Justice and Attorney General of Canada. Until this process has been completed, police services are unable to make purchases and train officers in their use.”

Harel said that regardless of the status of drug screening devices, “we are very confident in our present processes, knowing that they will continually improve with time as we build capacity.”

-With files from Bryan Mullan and Janet Silver