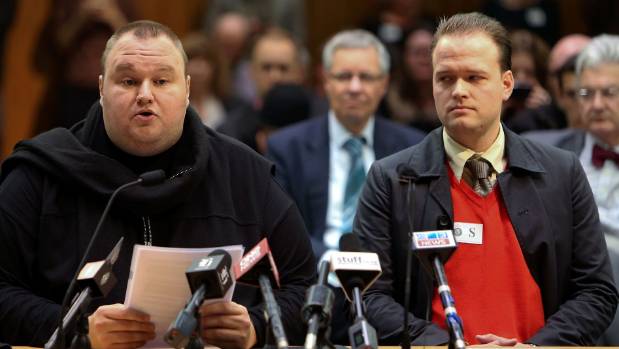 Internet entrepreneur Kim Dotcom has lost his latest court battle against extradition from New Zealand to the United States, setting the scene for a Supreme Court hearing.

Dotcom and three others –  Matthias Ortmann, Bram van der Kolk and Finn Batato – have been accused of more than a dozen criminal copyright charges relating to the now-defunct file-sharing website Megaupload​, which it is alleged shared pirated films and other content.

They face extradition to the US, which claims they were involved in a worldwide criminal organisation that led to an estimated loss to copyright holders of more than US$500 million.

After losing their case against extradition in the North Shore District Court, and then on appeal in the High Court, the four men had appealed to the Court of Appeal, which on Thursday rejected their arguments.

Dotcom said he was “extremely disappointed” by the decision, and would appeal it to the Supreme Court.

“My legal team are confident that the Supreme Court will hear the appeal given there are such significant legal issues at stake,” Dotcom said.

“I am told he seeks to appeal, whether he can or not is a matter of debate.”

A Court of Appeal statement explained the appeal was declined because the United States government had sufficient evidence to warrant extradition.

“The United States relied on a range of extradition pathways in seeking the extradition of the appellants,” the statement said.

“The Court has confirmed all these extradition pathways are available to the United States, and that the United States has tendered sufficient evidence to support their case on those pathways.”

Dotcom, in his response to the judgment, said: “The court’s interpretation of the relevant copyright provisions cannot be right.

“The precedent set is concerning and has ramifications in New Zealand outside my case. The decision exposes Internet Service Providers to criminal liability for the misuse of their services by users, as is claimed against me.

This is something that, as any rudimentary review of the legislative history makes clear, and the High Court accepted, was never intended. The Court was taken through that history but has not referred to it.

“As people will know, I am prepared to fight to get justice, whether it is for me or others,” Dotcom said.

In February, lawyers for the men continued to fight extradition in the Court of Appeal after the High Court upheld an earlier District Court ruling that they were eligible for it.

During the hearing, Grant Illingworth QC, lawyer for Ortmann and van der Kolk, said: “In the District Court, it all went wrong. It went absolutely, totally wrong.

“In the High Court, there were a number of errors which we say were made.”

Illingworth’s argument centred on a previous extradition case which was used to help make the initial ruling.

In that case – the United States v Cullinane in 2003 – the courts had taken an “incorrect approach” by establishing grounds for extradition based only on the treaty between New Zealand and the US, Illingworth said.

However, the decision should have been considered not just under that treaty, but also under the separate extradition laws in each of the two nations, he had said.

This could effectively be surmised as the “triple criminality” principle, he argued.

The lawyers for the four men also challenged the validity of a notice sent from the then Minister of Justice to the District Court judge asking for an arrest warrant to be issued.

Illingworth said that notice was based on “misleading conduct”, as information had been gathered illegally by the Government Communications Security Bureau (GCSB).

Dotcom’s former rented home in Coatesville, north of Auckland, was raided by New Zealand police and the FBI just over six years ago.