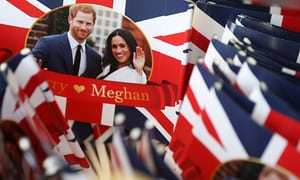 From a disastrous ceremony where the groom was already married to the greatest marriage that never happened, historian Williams selects the best books about royal weddings

Royal weddings would not exist in their present form had it not been for Queen Victoria. Her 1840 extravaganza of white and purity was meant to show how different she was from her predecessors George IV and William IV, who were seen as immoral and extravagant. Before Victoria, brides wore any colour and royal weddings were quiet, usually late-night affairs. When she drove to the ceremony in an open carriage, wearing a white gown, the giant white wedding was born, with a celebration that was designed to foster and secure public support. As Daisy Goodwin and Sara Sheridan show in their compelling study Victoria and Albert, it was the beginning of the royal couple’s stellar propaganda campaign, selling an image of the ideal family to the country and the empire.

There are plenty of bad royal marriages in history, but probably the worst was that of George IV and Caroline of Brunswick, captured with skill by Amanda Foreman in Georgiana, Duchess of Devonshire and Flora Fraser in The Unruly Queen. George, then the Prince of Wales, had an arranged marriage to the young German princess. Caroline arrived just before the wedding, and he was horrified on their first meeting, dashing from the room and demanding strong drink. She was equally unimpressed. “By God is he always so fat?” she asked. “He looks nothing like his portrait”. The wedding was a catastrophe, the groom drunk and weeping like a child for Maria Fitzherbert, a Catholic whom he’d illegally married in secret.

And the most tragic wedding? There is hot competition, but I would choose Lady Jane Grey, who in May 1553 was married at just 15 to Lord Guildford Dudley, as Philippa Gregory recounts in her moving novel The Last Tudor. The teenage king, Edward VI, was too sick to attend but Lady Jane, dressed in silver and gold, danced happily. However, her new father‑in-law, the Duke of Northumberland, saw her as a route to power. Jane indeed became queen in the weeks after her wedding, but she reigned for only nine days. Within nine months of their wedding, both bride and groom were executed.

So is it best not to marry at all? Perhaps the greatest royal marriage that never happened was between Elizabeth I and the Earl of Leicester, as Sarah Gristwood explores in her fascinating Elizabeth & Leicester. In 1575, after 15 years of wooing Elizabeth, Leicester planned for three weeks of masques and banquets at his castle in Kenilworth, aimed at winning the queen’s hand. Celebrations included islands that moved on the lake, fireworks (the pyrotechnics expert had to be dissuaded from firing live animals into the air) and a brand new 600ft bridge strewn with fruit and flowers. After two and a half weeks, Elizabeth had had quite enough and left in such a rush that Leicester’s poet scarcely had the time to compose a goodbye song.

And what of the current queen? Marion Crawford’s The Little Princesses tracked the courtship of Prince Philip and Princess Elizabeth with sensitivity. The wedding ceremony was the first to be broadcast on radio – television was deemed going too far. The vows were also not broadcast, in case men might listen in pubs without respectfully removing their hats.