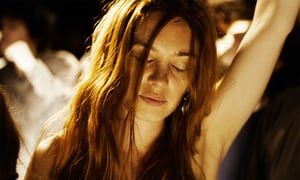 Laetitia Dosch gives a raw, powerful performance in this affecting drama about a young woman going through an extreme emotional crisis

Léonor Serraille is the 32-year-old first-time director from Lyon who won the Camera d’Or prize at last year’s Cannes and also a César for this attractive and sympathetically acted movie in a classic New Wave style. It is co-scripted by her and editor Clemence Carré, as well as screenwriter Bastien Daret.

She has effectively become homeless in Paris, railing against the city’s indifference, and has had to go to hospital for a wound on her forehead sustained by a self-harming bout of futile rage. But Paula has also kidnapped her ex’s cat, as an unsubtle hostage to ensure he returns her calls. With faintly sociopathic cunning, she tricks a chance acquaintance into thinking that they knew each other at school, uses her contacts to get an agency job as a live-in babysitter, and also gets a shopgirl post where she forms a friendship with a sweet-natured security guard Ousmane (Souleymane Seye Ndiaye).

It’s like a film that Philippe Garrel might have made, although Paula isn’t a thousand miles from Agnès Varda’s Cléo. Serraille has some very nice quarterlife-crisis dialogue. On being told by a doctor that she is “young”, Paula says airily that she is “31 – which is nearly 40”; on then being reminded that she said she was 29, she shrugs and says that 31 “is the same thing”.