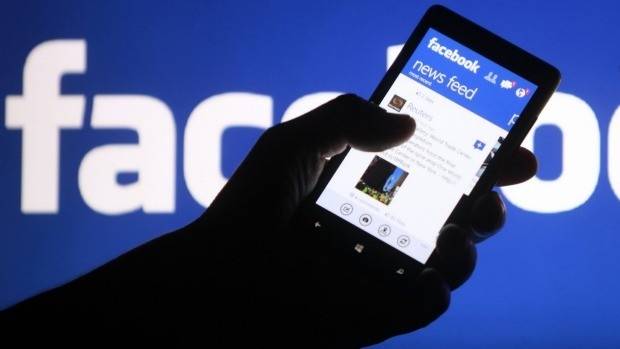 Jon* likes to taunt animal welfare activists by inviting them to abuse animals at events like a punch-your-dog day.

Once, he used a Facebook buy and sell group to advertise a baby with down syndrome.

He’s an online troll. Offensive ads on social media trading groups are his bread and butter. He’s got a following that spread his posts.

But that’s small time compared to other trolls – some of them are even making money from it.

READ MORE:
* My best friend turned into an internet troll
* Troll: A mix of mythological and modern storytelling
* Emma Keeling: Ideas on changing the toxic manners of trolls
* About 270000 Kiwi adults affected by cyberbullying

Jon’s punch-your-dog event was reported to Facebook by animal welfare groups and he was banned.

That didn’t stop him. He was soon back under another name.

Jon is just one of many online trolls studied by University of Canterbury (UC) doctoral student Maja Golf-Papez. She spent 300 hours observing their behaviour over nearly two years.

“Trolls who were trolling in a more innocent, typically funny ways (of course, funny to the onlookers and probably not to the targets) have managed to earn some money with their trolling,” Golf-Papez said.

“On Patreon, one of the studied trolls receives on average US$200 per month. This money is donated to him by his fans. Trolls also get some money from the ads on their YouTube videos, from businesses and from other business opportunities (e.g. book proposals).”

The companies that hired trolls or that would be prepared to hire trolls for trolling online were typically small businesses that were risk-prone and not afraid of trying different things.

“While our research has unearthed that some firms are flirting with the idea of hiring the trolls to answer to their customers, I have to stress that this business tactic was mentioned only by some trolls; in particular by the trolls who were comedians in real life and whose trolling border on comedy,” Golf-Papez said.

“Better understanding of trolling as a ‘marketing’ tactic would be definitely a fruitful future research avenue.

“At the moment this should be seen more as a pocket money and not a main source of income. Hiring trolls may be seen as guerrilla strategy, where the firms want to differentiate from the rivals. It is a risky but not necessarily unethical strategy.”

During her research, Golf-Papez was – maybe unsurprisingly – targeted by trolls suspicious of her.

The behaviour she saw ranging from mildly annoying to seriously disruptive.

Despite that, a paper on her study said good online trolls were “highly intelligent characters who know how to look after themselves and operate within but on the fringes of the law”.

She can’t reveal their usernames, but some of them were quite popular.

“Some of these trolls have a strong base of followers. One of the trolls, for instance, has half a million subscribers on Reddit, and almost 100000 followers on Facebook and Twitter. These followers are … true fans – sharing the trolling content and demanding trolls to troll more often.”

THREATS MADE DURING RESEARCH

Golf-Papez said it was difficult to get trolls to participate.

They were hard to track down as their accounts were often deleted and they didn’t trust her.

“But most of this happened in the initial phases when the trust between the participants and researcher has not been built yet.”

Trolls enjoyed trolling for its own sake, Golf-Papez said.

They described it as fun, exciting and relaxing.

“For instance, for one of the participants, trolling is ‘a creative exercise’. It [was] about ‘trying to find a strange joke, that [he] didn’t expect, that surprises [him] and makes [him] laugh’.

“Our findings suggest that troll first selects a medium that is amendable to trolling.

“One thing that makes some places very friendly to trolling is the absence of regulators or the presence of incapable regulators.”

Then, they look for targets.

Netsafe’s director of technology and partnerships, Sean Lyons, has previously said: “It’s difficult to understand the motivations of trolls.

Golf-Papez said targets expressed how being trolled made them feel annoyed, offended, disappointed, and belittled.

Some of the trolls felt guilty for some of their trolling.

“Feelings of guilt helped trolls in setting some limits as to what is acceptable trolling and what not,” Golf-Papez said.

But that didn’t stop them.

“Their guilt was being neutralised by the audience support who likes and shares their comments, and/or ‘blames’ the target.”

Golf-Papez doesn’t see trolling and cyberbulling as the same thing.

​She thought they were at first, but not anymore.

“Trolling is when someone is deceptive and mischievous. A troll typically has no intent to cause harm but is trying to provoke a reaction. Whereas cyberbullying is targeted with the purpose of causing harm to an individual person,” Golf-Papez said.

“Our research suggests that trolling and online bullying are two very different behaviours. Trolls and online bullies are troublemakers, however, they differ in their practices and motivations underpinning these practices. Typically, cyberbullies want to harm the target, they want the negative attention on the target.

“Trolls, on the other hand, want to have fun and to attract attention to themselves. Furthermore, trolling is typically deceptive and includes some mischief-making while cyberbullying is more straightforwardly aggressive.”

According to trolls, being overtly aggressive was not a successful strategy – people were less likely to respond when it was obvious someone just wanted to cause trouble.

Deceiving people so they didn’t know what was going on was far more effective at provoking people.

“Having said that, trolling may evolve into online bullying. In particular, when the troll targets the same person repeatedly and when trolling gets carried away due to various reasons such as the pressure of the audience.”

Jennifer Beckett is a lecturer in Media and Communications at the University of Melbourne. She wrote a column in 2017, published on Stuff, titled “We need to call out trolling for what it is: Harassment and abuse”.

“The word “trolling” has become a media stand-in for online behaviours that are nothing to laugh about,” Beckett wrote.

The term trolling was often misused in media, the column said.

“To clarify, ‘trolling’ refers to a specific act: throwing bait into the internet water in the form of deliberately provocative statements (not personal attacks, that’s ‘flaming’) and waiting for someone to bite.”

Conflating jokes and death threats with “trolling” makes it difficult to legislate or create effective policy around the issue, she noted.

“This is perhaps understandable, given that the word has been applied to behaviours ranging all the way from innocuous rickrolling to deliberately targeting someone with cyberhate and publishing their personal details online – a move known as ‘doxing’,” Beckett said.

“​This makes it harder for victims to be taken seriously and get proper help. To say ‘I’m being ‘trolled’ is nearly always met with advice to ‘just block them’, ‘don’t go on the internet’, or the ubiquitous ‘don’t feed the trolls’.

“In fact, by linking ‘trolling’ with abusive behaviours that would be met with swift action in the physical world, we have made it easier for law enforcement to respond dismissively … the use of the term ‘trolling’ creates a false sense that the online world is separate from the ‘real’ one. It is not.”

HOW DO YOU DEAL WITH A TROLL?

Golf-Papez said her research suggested efforts were better focused on trolling, not on trolls.

“Trolls are elusive; difficult to identify and catch. Furthermore, when being banned from one platform, they simply relocate to another one,” she said.

“So handling trolls is in some way only temporarily solving the problem of trolling and most likely only displacing trolling to other times and places. A better option is to manage the socio-technical networks that allow and feed these misbehaviours.

“For instance, considering the power that audience has over troll’s practices, it seems that without managing the audience that finds trolling entertaining, it will be difficult to stymy trolling behaviours.”

In general, the most successful trolling-management tactics are those that swiftly reduce the visibility of trolling content.

Trolling as an internet phenomenon can make it hard to deal with as it allows anonymity.

“We can remove our inhibitions, because we have no connection to the emotions of those we affect.”

It “provides quick and affordable ways to get help for people in New Zealand receiving serious or repeated harmful digital communications”.

They can come in many forms – including trolling.

IS THE GLORIFICATION OF TROLLING DANGEROUS?

That depended on the type of trolling, Golf-Papez said.

“The trolls with strong bases of followers are typically the ones that are trolling in a more innocent way.

“No doubt they are still annoying and can harm the target, however, their trolling has entertainment value for the onlookers. More research will be needed to answer what are the consequences of trolling behaviours being celebritised. “

A paper about Golf-Papez’s research has been published in the Journal of Marketing Management.

It focused mainly on defining trolling, she said. Most of her findings will be published in further papers.

*Golf-Papez can’t reveal the real names of the trolls she interviewed.