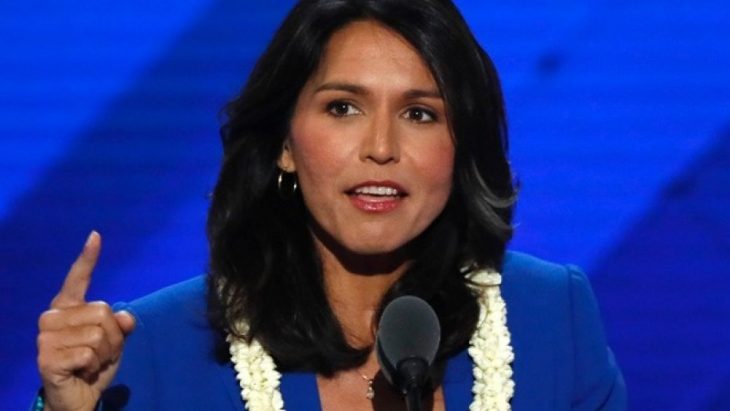 A House Democrat is drawing heat in her home state for her history of refusing to participate in debates prior to primary elections.

But ironically, U.S. Rep. Tulsi Gabbard of Hawaii resigned from her position with the Democratic National Committee in 2016 because she believed the party hadn’t scheduled enough debates among its presidential candidates that year.

Gabbard has declined to debate her opponent ahead of the Aug. 11 primary in Hawaii’s 2nd Congressional District, continiung a pattern of snubbing her primary opponents every time since being elected to Congress six years ago, the Honolulu Star-Advertiser reported.

“Blocking debates from happening through non-participation is the opposite of democracy,” said Sherry Campagna, Gabbard’s chief primary challenger for Hawaii’s 2nd Congressional District. “I’ve asked for a debate. I have received silence for merely presenting a choice.”

The debate dodge is not an unusual tactic for incumbents. But the backlash against Gabbard is fueled by her past remarks urging former Democratic National Committee Chairwoman Debbie Wasserman Schultz to increase the number of debates during the 2016 Democratic presidential primary campaign, calling it an issue of “democracy,” the Star-Advertiser reported.

At the time, Gabbard said additional debates would “give the American people the opportunity to hear from these presidential candidates, to listen to what they’ve got to say, to hold them accountable for their views and their positions,” the paper reported, citing CNN.

“Blocking debates from happening through non-participation is the opposite of democracy.”

Gabbard even stepped down from her position as DNC vice chairwoman to endorse then-candidate Bernie Sanders after reaching an impasse over the debate schedule, the Daily Beast reported.

That same year, Gabbard also refused multiple debate requests from her then-primary challenger Shay Chan Hodges, the Star-Advertiser reported. Hodges had privately asked her to meet for debates across the state, but the only debate to occur that season was when Gabbard publicly stated she never received such a request.

“(I)t is the right thing to do for the voters.”

As this year’s primary approaches, television station Hawaii News Now has tried for more than a month to schedule a debate between Gabbard and Campagna, but Gabbard once again declined to participate, news director Scott Humber told the Star-Advertiser.

“(I)t is the right thing to do for the voters,” Humber, who said he’d keep the invitation open, wrote in an email.

Meanwhile, Erika Tsuji, a spokeswoman for Gabbard, told the paper that Gabbard has more important priorities in her home state when she returns from her duties in Washington.

The congresswoman “is spending the limited precious time she’s able to be home with her constituents, discussing issues of importance with them,” Tsuji wrote in an email, “including difficulties they are having due to the recent natural disasters on Kauai, Oahu, and Hawaiii island, especially the victims of the Puna lava flow, as well as fulfilling her National Guard service requirements.”