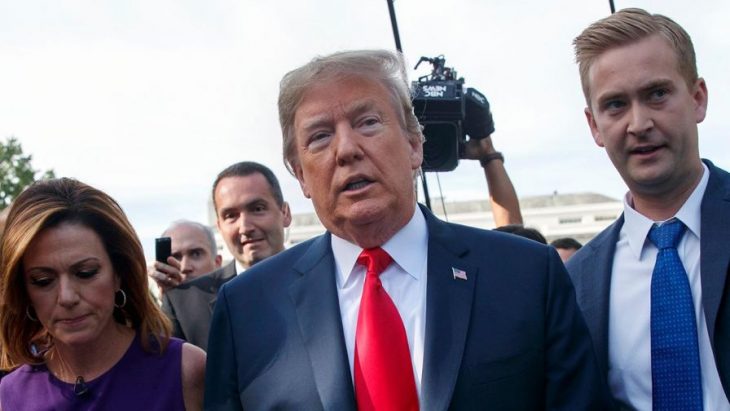 As a group of congressional Democrats visited shelters holding children separated from their parents suspected of illegal entry into the U.S., the Department of Health and Human Services defends its role, while releasing new videos of two facilities for unaccompanied kids.

“Congress gave HHS the responsibility to care for these children and teenagers, and we take this legal mandate very seriously,” Health and Human Services Deputy Secretary Eric Hargan said in a statement. “It is our hope that as members tour the facilities they will see the facilities for what they are intended to provide: safe and healthy environments for children and teenagers to reside until such time as they can be released to an appropriate sponsor, while their immigration cases are adjudicated.”

Nearly 2,000 children have been taken from their parents since Attorney General Jeff Sessions announced the policy, which directs Homeland Security officials to refer all cases of illegal entry into the United States for prosecution.

Noting the children were “vulnerable to human trafficking, exploitation and abuse,” Hargan said, “The need for these facilities has grown over the last decade, in large part because of the flaws in our immigration system that draw many immigrants to try to cross our borders illegally.”

The videos of the two shelters, one in Texas and the other in California, showed the day-to-day lives of the unaccompanied kids: from their playtimes to their mealtimes.

After a tour of facilities in Texas, Sen. Jeff Merkley, D-Ore., at a news conference, said although the Trump administration is calling their new strategy resulting in separation of families “zero tolerance,” he said that it is “zero humanity, and there is zero logic to this policy.”

He said Trump could change the policy now, calling it unacceptable and evil. “By inflicting this harm, this stress … (there isn’t) any moral code or religious tradition to inflict trauma on” these children for political leverage, teaching those who potentially would come illegally across the border a lesson.

Stories have spread of children being torn from their parents’ arms, and parents not being able to find where their kids have gone.

The separation of immigrant children from their parents at the border has drawn a good deal of criticism, targeting the policy instituted last month by Sessions. That policy says that any adult who enters the U.S. illegally is to be criminally prosecuted.

U.S. protocol does not allow children to be detained with their parents because they, unlike their moms and dads, aren’t charged with a crime.

The Democrats should get together with their Republican counterparts and work something out on Border Security & Safety. Don’t wait until after the election because you are going to lose!

Hargan added, “It is unfortunate that there are still some who fail to understand the role of HHS in caring for these children and teenagers. We need fewer media stunts and more real solutions. We welcome additional elected officials to visit these facilities, and it is my sincere hope that after their visit, Members of Congress heed the call of the Trump Administration to close dangerous loopholes in U.S. immigration laws that are the root cause of this issue. Until these laws are fixed, the American taxpayer is paying the bill for costly programs that can only temporarily try to address the consequences of our broken immigration system.”

President Trump tweeted Sunday afternoon about the bipartisan need to create solutions: “The Democrats should get together with their Republican counterparts and work something out on Border Security & Safety.”