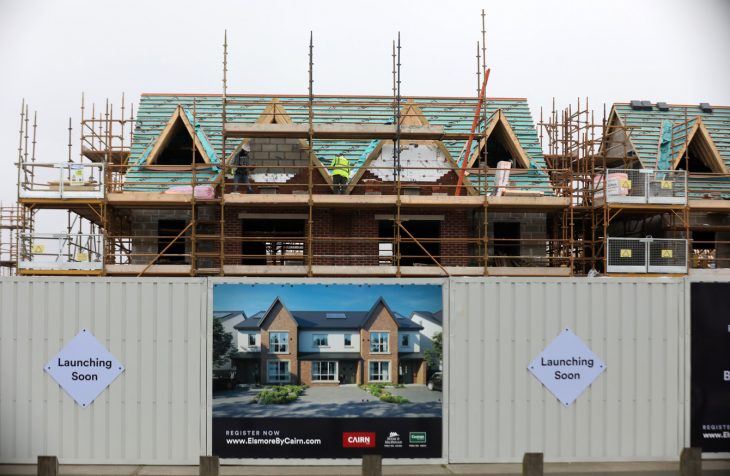 The €200 million Rebuilding Ireland home loan scheme was launched in February. It allows 1,000 prospective homeowners who don’t qualify for social housing buy a house with a government-backed mortgage.

The mortgages, granted through local authorities, are available to individual applicants whose annual gross income does not exceed €50,000 and to joint applicants who earn €75,000.

However, O Broin had claimed that the vast majority of applicants were being rejected. The Department of Housing says that applications are considered invalid for a number of reasons, including:

O’Broin said that a Parliamentary Question he had asked of the Department showed that 458 or 30% of the 1,500 applications were recommended for approval by the end of May.

The figures received from the Department of Housing indicate a very low level of approvals for the Rebuilding Ireland home loan that was launched in February this year.

“Coupled with the low level of approval is the fact that the average loan amount for the 458 applications recommended for approval by the end of May was only €189,133.

With house prices continuing to rise in the key demand areas of Dublin and commuter belt this amount is not sufficient for most potential home buyers.

“The Department figures show that the Minister’s home loan scheme is off to an inauspicious start.”

However, a spokesman for Minister Murphy said:

“He arrived at his figure by calculating the number of recommended approvals as a percentage of applications submitted. This did not take in account the number invalid applications or the number being processed at the time.

“The fact that 48% of valid applications have not been recommended is testament to the need for robust analysis of people’s ability to borrow and repay. The last thing we need is a whole raft of non-performing loans.”