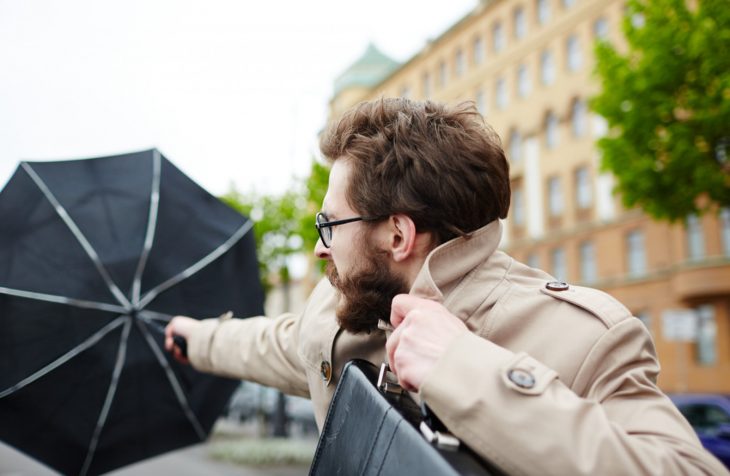 The Summer Economic Statement this year sets out the plans for next year’s Budget. And it’s all about cooling those jets in case Ireland overheats.

IRELAND’S PUBLIC FINANCES have stabilised, unemployment is falling, and our economy is the fastest growing in the EU – and we have a Budget package of €3.4bn to play with.

That’s the message in today’s Summer Economic Statement (SES) from the government, which sets out its plans for next year’s budget. The plan basically outlines how much the government has to spend in the budget, but this year it’s cautiously telling us that, yes, things are on the up – but we can never be too careful.

That’s why, when it comes to budgetary policy, there are mentions in the SES of a “steady as she goes” approach and a policy that “leans against the wind”. Things are going OK, but we still have Brexit to contend with, as well as a construction sector that’s revving up. There’s always potential for overheating, so cool your jets, lads.

The SES was launched today by the Minister for Finance and Public Expenditure and Reform, Paschal Donohoe TD, himself a rather chilled-out member of government.

It came pre-Budget but post-the publication of an Economic and Social Research Institute (ESRI) quarterly economic survey, which predicted strong growth in the Irish economy through 2018 and 2019.  It’s worth noting that earlier this morning, the government warned that there is “little or no scope for tax cuts” in the forthcoming budget.

The ERSI report recommended the government balance any planned tax cuts with increases in tax elsewhere, or there is potential for overheating. But as the SES shows, they’re aware of sweltering temperatures already.

Here are the main things the SES sets out:

The SES points out that using all the available ‘fiscal space’ (ah yes, that phrase again) would allow the allocation of an additional €0.9 billion in Budget 2019.

Sounds good, but the SES clarifies that this would increase the deficit by an additional 0.3% of GDP, which “would represent the wrong choice for the economy at this stage of the cycle” and mean Ireland would miss its medium term objective target for 2019 and therefore be in breach of the fiscal rules.

Hence the need for prudence.

So instead of being flaithúilach, budgetary policy for 2019 will instead be framed to:

From a policy perspective, given the stage of the economic cycle, the SES says it is “essential that budgetary policy ‘leans against the wind’ and does not contribute to overheating pressures”.

This is one of the defining economic challenges facing the Government over the coming years.

Minister Donohoe emphasised that need for prudence today: “Our economy is in good shape at the moment and this is reflected in the labour market. The level of employment is close to its highest level ever and we are approaching what could reasonably be called ‘full employment’. This is a welcome development but as capacity constraints are increasingly becoming a feature of some sectors this, in turn, could lead to overheating of the economy.

In this context, it is vital that Government policy does not add fuel to the fire but that we make sensible and prudent decisions now to secure our hard-won gains and ensure the continuation of sustainable future growth.

He said that while the economic situation is relatively healthy at present, “it is clear that the external environment is also becoming increasingly challenging”. According to Donohoe, a crucial policy response is to build up our capacity to respond to these challenges.

“This is why the Government is prioritising reducing public debt, further working down the deficit, establishing a Rainy Day Fund  and avoiding pro-cyclical budgetary policies.”

“The objective is to ensure the progressive and steady improvement of living standards and the further improvement in public services, along with continued incremental and sustainable investment in the future to ensure the delivery of lasting prosperity for all of our people.”

As the SES points out, the bulk of Irish trade is undertaken with the euro area, UK and US, “and all three are facing challenges”. Quite. For example, the pace of growth in the euro area has slowed in the first quarter.

“While it is not yet clear whether this was temporary or the beginning of a more prolonged slowdown, recent political developments in the region show that there are real vulnerabilities,” says the report.

In the UK, its post-exit trading relationship with the EU remains clouded in uncertainty, which is weighing on economic performance. The central scenario for fiscal and economic planning purposes in Ireland is that a transition arrangement will be agreed that will cover the period from end-March next year until end-2020; there may be additional clarity following the European Council meeting at end-June.

It also points out that the relationship between the EU and US “has been strained of late”, and “any escalation could be problematic for Ireland”.

Regarding Brexit, the SES says the central scenario assumes that a transition period will be agreed until end-2020, during which the status quo will continue to apply (the UK will be assumed to remain in the single market and customs union during this period).

From 2021 onwards, the EU and the UK are assumed to conclude a free trade agreement; there is, of course, considerable uncertainty in relation to the post-exit nature of the trading arrangements between the EU and the UK.

This is why the SES says that over the medium-term “the balance of risk is firmly tilted to the downside and principally on the external side”.

First and foremost is the potential fallout from a more adverse-than expected outcome of the Brexit discussions currently under way. Secondly, given the importance of the traded sector in the Irish economy, any disruption to world trade and in particular a tit-for-tat trade war would have a disproportionate impact on Irish growth prospects. In addition, a faster-than-expected normalisation of monetary policy (especially in the euro area), changes in other jurisdictions that affect the competitiveness of Ireland’s corporate tax regime and rising geopolitical uncertainty all have the potential to derail the recovery.

We know so far that the pre-committed expenditure for next year’s Budget amounts to €2.6 billion – and that is to provide for:

The SES is all about making sure we don’t fan the flames of fiery economic improvement.

“Domestically, the principal risk relates to potential overheating as the economy approaches full-employment,” it says. “While this is likely to boost growth initially, overheating pressures could generate significant imbalances over the medium-term.”