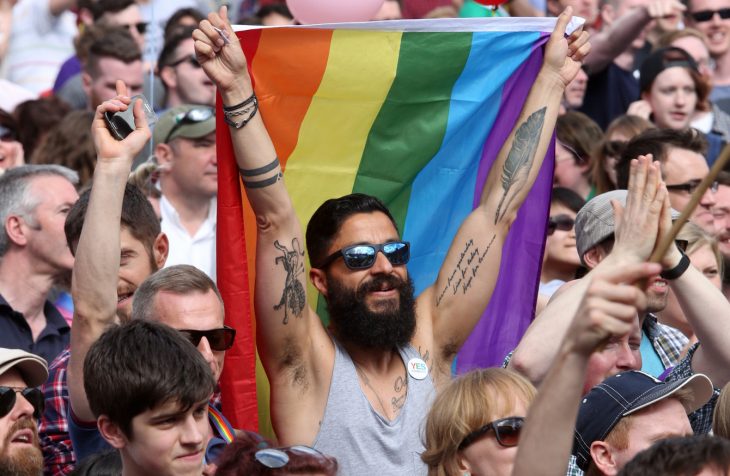 A motion before the Dáil this evening will acknowledge the harm caused by historical criminal laws.

THE GOVERNMENT IS set to apologise to men who were convicted of engaging in consensual same-sex activity prior to the decriminalisation of homosexuality in 1993.

A Labour Party motion on the issue, tabled by Senator Ged Nash, will receive all-party support in the Dáil today. Taoiseach Leo Varadkar is expected to officially apologise to the gay men who were convicted under historical legislation.

The motion will call on the Houses of the Oireachtas to acknowledge the laws were improperly discriminatory and an infringement of personal privacy, that they caused harm to those affected and that they had a “significant chilling effect” on progress towards equality for the LGBT community.

It will also acknowledge the “hurt and the harm caused” to those who were deterred by the laws from being open and honest about their identity with their family and in society.

Last week, Nash said the motion “represents an important reckoning with our past”.

“The State inherited draconian laws we applied over many decades to persecute and prosecute gay men merely for being who they were. It took until 1993 for Irish law makers to show the moral courage to banish these cruel, antiquated and inhumane laws from our statute books.

Apart altogether from those who were convicted of offences that no longer exist, the chilling effect of having such harsh and discriminatory laws in place had a negative impact on progress towards equality for the LGBTI community.

Incalculable harm and hurt was caused to countless thousands of citizens of this Republic who were deterred by those laws from being open and honest about their identity with themselves, their family and with society.

“This prevented citizens from engaging fully in civic and political life and deprived society of their full contribution. They were badly wronged by this country, and they and their families are owed an apology.”

The Dáil will hear the motion at 6pm today.