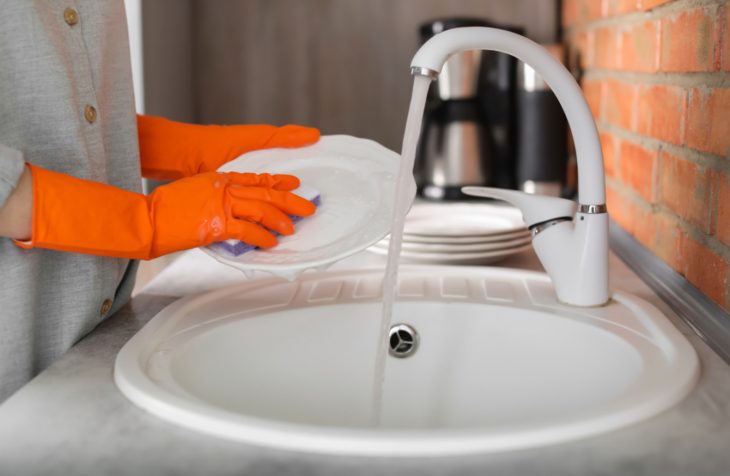 However, there is no consensus among the Oireachtas women’s caucus as to whether the wording should be deleted or amended.

JUSTICE MINISTER CHARLIE Flanagan will today seek Cabinet approval to hold a referendum on the reference to ‘women’s place in the home’ in the Irish Constitution.

Last September, the government announced that a referendum on whether to delete references to blasphemy, as well as references to a woman’s place in the home, from the Constitution would be held on 26 October.

The decision to hold the referendum around the issue of a “woman’s life within the home” fulfils a Programme for Government commitment and is part of a wider number of referenda which the government has committed to holding over the coming period.

Today’s Cabinet approval will be the next step in the process and will give the Justice Department permission to begin drafting a General Scheme for the removal of the reference from the Constitution.

The article itself states:

In particular, the State recognises that by her life within the home, woman gives to the State a support without which the common good cannot be achieved.

The State shall, therefore, endeavour to ensure that mothers shall not be obliged by economic necessity to engage in labour to neglect of their duties in the home.

The minister has already committed to initiate a Bill in the Dáil in the coming weeks for the blasphemy referendum, and it is expected he will do the same for the woman in the home vote. This will ensure a Referendum Commission can be established and the Constitution Amendment Bill can be considered by the Oireachtas.

The referendum will be held alongside the presidential election – if one is called.

The minister has decided to proceed with a proposal to delete the wording, despite concerns expressed by the Constitutional Convention and the Justice Department.

Instead of a complete repeal simpliciter (simply removing the reference), it had been suggested that the clause should be amended rather than deleted completely and that a gender-neutral clause should be included.

Fianna Fáil is supporting the government’s proposal for a straightforward deletion of the wording.

What the Oireachtas women’s group says

Yesterday, the Oireachtas women’s caucus met to discuss the proposals, following Minister for Children Katherine Zappone and Minister for Social Protection Regina Doherty arguing that the group’s input into the upcoming referendum would prove useful.

Green Party TD and chair of the Oireachtas women’s caucus Catherine Martin told TheJournal.ie that all members agreed that the clause should not remain in the Constitution in its current form.

However, she said there was no consensus amongst the women politicians as to whether the wording should be deleted or amended. She said there was a discussion about the importance of recognising those that give care in the home, with some arguing that government should insert caring in another section in the Constitution.

Martin said the “variety of views” held by the women’s caucus members were conveyed to the department ahead of today’s Cabinet meeting today.

Speaking in her Green Party TD role, Martin said that for her part she believed the government should amend rather than simply delete Article 41.2 of the Constitution.

Recognition for value of caring

She said proper time should be given for consultation on alternative wording.

“The proposed referendum presents an opportunity to recognise the intrinsic value and contribution of caring to our society which is what the Constitutional Convention voted for in the majority.

“Nobody could argue that the current provision is not sexist, and therefore needs to change. However, it would be a missed opportunity and a retrograde step to proceed with a simple deletion rather than amending the provision to recognise the importance of carers in our society,” she said.