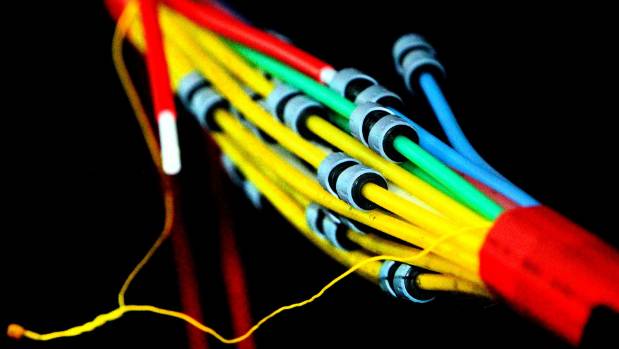 Having the best possible wi-fi connection in your home is vital as we spend increasing amounts of time online.

There are several important components that allow you to get fast wi-fi speeds, including the speeds supplied by your internet provider, the type of connection (standard broadband or fibre), the wiring, your modem and router, and the devices you use.

So to get the maximum speed you need to look at all of these, but for now, we’re just going to focus on modems and routers.

A modem is a box that connects your home network to the internet. It’s a simple but important job and they don’t cost that much.

A router connects to the modem and lets all your devices use the internet at once. For most people, this is done via a wireless connection (wi-fi).

Sometimes they come as one unit (modem/router) and often they’re supplied by your internet provider.

Since the router spreads the wi-fi signal through your home to your devices, it’s important to get the right one.

There are several reasons to upgrade, including improved wi-fi tech, your needs have changed (you’re using several devices at once and streaming lots of video content), or you may want your wi-fi signal to reach further.

You can either buy a standalone router, which sits on your office desk and sends a signal around your home. It’s suitable for most average-sized homes. Expect to pay about $100 – $400.

If you have a large home or if it has two storeys, then a mesh router is an option. These have two or more units that link together to spread a stronger signal around your home. However, they are more expensive with prices starting at $500.

Therefore the size of your home and your budget will determine which one you buy.

What tech look for

Like all tech, there is plenty of jargon to wade through.

Modern routers come with at least two bands (2.4GHz which is slower but has a higher range, and 5GHz which is faster and has a shorter range). This spreads the load so some devices use one band and the rest use the other. Some are tri-band, which are best for heavy users.

To make the best use of this tech you need band steering, which means the router decides which device uses which band. You can choose this manually but it’s not as efficient.

Don’t focus too much on this as they’re just theoretical speeds. Anything above AC1750 will be enough.

However, having an AC router is important as it’s the latest generation replacing  a, b, g and n.

Another acronym you’ll see is MU-MIMO, which lets a router communicate with multiple devices simultaneously. Both the router and your device need the tech to make it work and since it’s not widely available on smartphones, laptops and tablets it’s not something to worry about.

Also, try and get a router with at least a dual-core processor to improve performance.

A router should have a good interface and be easy to set up.

Some companies such as Netgear and Linksys have smartphone apps that make it easy to get started.

Another feature to look for is parental controls so you can block websites, set device limits or monitor usage.

These have been around for a few years and can really make a difference if you have a large, or multi-storey home.

These suit homes larger than 200 sq m and are a lot more effective than getting a wi-fi extender.

You can get them with two or three units so you can spread them throughout your home. The NETGEAR Orbi ($650) consistently gets good reviews.

If you have fibre

In theory, if you have fibre (ultra-fast broadband) you don’t need a modem, just a router. However, as with all things tech, there are some exceptions.

When fibre is installed in your home a box (optical network terminal) is put inside your house which connects your home to the fibre network. Your router then plugs into this.

Your internet provider may need to configure your router to make it match the fibre service, or you may be able to do it yourself.

Some shops, such as PB Tech advertise their routers as “fibre ready” but you can always check with your internet provider if you have any questions.

The router is an often forgotten and confusing piece of tech but it’s worth the effort to get the right one.