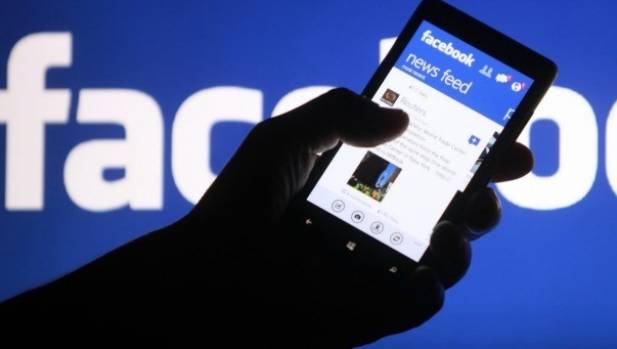 Facebook has spent much of the last one and a half years trying to tamp down the spread of false and malicious information that bloomed on its platform during the 2016 US presidential election.

After a slew of negative publicity, the company adjusted its algorithms, sought to study the political effects of misinformation and issued mea culpas, in the form of congressional testimony and slick advertisements aplenty.

But critics point to one thing it has not done: banned or blocked the site Infowars — one of the most prominent outlets known for spreading baseless information and conspiracy theories — which enjoys many verified Facebook pages with millions of followers. The right-wing media channel’s relationship to Facebook has come under closer scrutiny as social media giant has begun touting the other measures it says it has undertaken to try to reduce the amount of misleading information on its site.

At a private event last week, reporters asked John Hegeman, the head of Facebook’s News Feed, and Sara Su, a Facebook product specialist, about the issue.

READ MORE:
* An app to cure phone addiction
* Dark side to influencer ads
* Thumbs down for Facebook
* Facebook ‘links extremists’

“I guess just for being false, that doesn’t violate the community standards,” Hegeman said, according to CNN. InfoWars has “not violated something that would result in them being taken down.”

Pressed by reporters, other Facebook representatives struggled to come up with a convincing explanation for why Infowars was permitted on the site if the company was committed to reducing the spread of false information.

“I asked them why Infowars is still allowed on the platform,” CNN reporter Oliver Darcy wrote on Twitter later. “I didn’t get a good answer.”

Facebook’s response set off a cascade of reactions, striking at the heart of a sensitive debate about the spread of false and hateful information that has churned since the 2016 election.

“By refusing to ban InfoWars, @facebook is choosing profit off a vile conspiracy theorist who harasses the families of the children killed at Sandy Hook,” former Obama administration official Dan Pfeiffer wrote on Twitter. “Please spare me the self righteousness about freedom of speech.”

Infowars has gained notoriety for the volume of conspiracy theories that it has helped spread, sowing doubt by questioning the government’s potential role in tragedies like 9/11 and the Sandy Hook massacre. It recently warned that Democrats planned to “launch a civil war” on the Fourth of July and that liberal billionaire George Soros was attempting to “seize US voting machines.”

President Donald Trump has appeared on Infowars’s show and has at times appeared to echo some of its talking points.

Facebook representatives tried to tamp down on the rising tide of anger this week, responding on social media that there were Facebook pages “on both the left and the right pumping out what they consider opinion or analysis — but others call fake news,” and citing free speech.

But that response was quickly criticised, as some reporters compared it to Trump’s infamous comment equivocating white nationalists and counterprotesters during the clashes in Charlottesville last year.

“Facebook’s inability to distinguish Infowars (which says Sandy Hook is a hoax) from normal political dialogue should concern us all,” Sen. Chris Murphy, D-Conn., wrote on Twitter.

The Infowars flap is a sign of the complicated position Facebook finds itself in. With billions of pieces of content shared daily on its site, the company has said that vetting the veracity of every one would be nearly impossible. But it has responded to social and political pressure by taking steps toward reducing harmful uses of its service, including the posting of false information to intentionally mislead or harm others. The company did not respond to a request for comment.

“Despite investing considerable money into national ad campaigns and expensive mini documentaries, Facebook is not yet up to the challenge of vanquishing misinformation from its platform,” Charlie Warzel wrote at Buzzfeed.

TechCrunch’s Josh Constine saw it as evidence that “Facebook hides behind political neutrality” for fear of alienating conservative users and compromising its business model.

“That strategy is exploited by those like Jones who know that no matter how extreme and damaging their actions, they’ll benefit from equivocation that implies ‘both sides are guilty,’ with no regard for degree,” Constine wrote.

Facebook told the publication that it would be nearly impossible to ensure everything posted on the site was true, pointing out that it “down-ranks” certain types of content, like clickbait and fake news.

“In other words, we allow people to post it as a form of expression, but we’re not going to show it at the top of News Feed.”

Still, though Constine argued for stricter controls and penalties for those like Infowars that spread false information, he said he did not think a complete ban would be the best approach.

“If Facebook deleted the pages of Infowars and their ilk, it would be used as a rallying cry that Jones’ claims were actually clairvoyant,” he wrote. “If Facebook wants to uphold a base level of free speech, it may be prudent to let the liars have their voice. However, Facebook is under no obligation to amplify that speech.”

Far-right activists, some of whom have been banned from social media outlets after running afoul of rules against harassment or hate speech, have long complained that they are the victims of censorship.

Diamond and Silk, two Trump supporters who have gained renown for their videos on Facebook, became a cause in the conservative world after they said they were the victims of overreach by Facebook after the company had deemed some of their content “unsafe.” Facebook later said the communication had been sent in error.

“If they were to go and ban Infowars, it very well could make the problem worse,” he said in an interview. “It’s a catch-22.”

Despite what has seemed to be a steady stream of negative disclosures in American media in recent months, Facebook’s business continues to boom. The company posted record profits in the first quarter of 2018, despite the data protection scandal that unfolded at the time, sending its stock rising to its largest gains in nearly three years.

And those numbers lead to more pessimistic conclusions about Facebook’s commitment to change.

“Facebook’s milquetoast method of dealing with accounts in these so-called gray areas seems to conflict with its stated goals, both of building community and of weeding out misinformation,” Vanity Fair’s Maya Kosoff wrote. “In glibly allowing bad actors like Infowars to continue existing on its platform, Facebook is enabling the persistent spread of low-truth stories intended to mislead. And until doing so affects its stock value or its ability to turn a profit, Facebook has little incentive to change.”