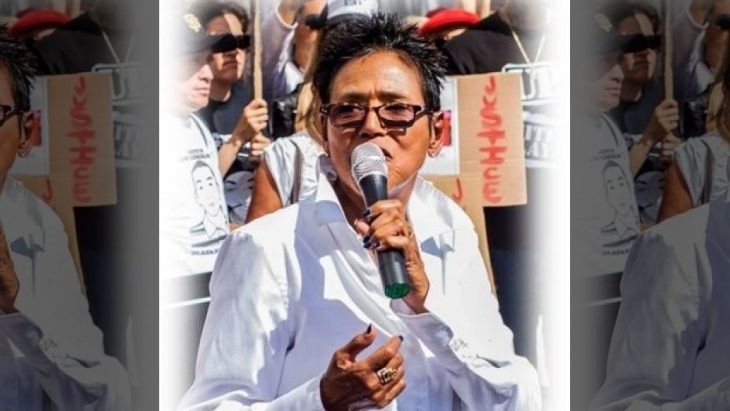 The city of Oakland, Calif., will pay a $2.2 million settlement to ex-Black Panther leader Elaine Brown, pictured, after a physical attack by a city councilwoman.

The city of Oakland, Calif., will pay a $2.2 million settlement to ex-Black Panther leader Elaine Brown, pictured, after a physical attack by a city councilwoman.

A former leader of the Black Panther Party will receive $2.2 million from the city of Oakland, Calif., to settle a 2015 case in which she was physically attacked by a city councilwoman.

The settlement, equivalent to the salaries of about 30 entry-level police officers, consists of $1.2 million in damages for Elaine Brown and a similar fee for her lawyers. Oakland’s city council approved the settlement Tuesday without any debate, the San Francisco Chronicle reported.

The payout, to be paid from the city’s coffers, comes after more than two years of legal battles, in which the city rejected the ex-Black Panther leader’s request for $1 million following her confrontation with councilwoman Desley Brooks.

In 2015, Brooks and Brown, who led the Black Panther Party from 1974 to 1977, were reportedly arguing about a housing and urban farm project that Brown hoped the city would financially support. Brooks dismissed the request on the grounds that it wouldn’t help Oakland’s African-American population.

According to Brown, Brooks then knocked her backward over a stack of chairs in a restaurant, prompting her to undergo surgery for a torn rotator cuff, the Chronicle reported. She filed a police report against the councilwoman, but the police didn’t charge Brooks.

“She was trying to win a political argument by a violent assault,” Charles Bonner, an attorney for Brown, told the outlet on Wednesday. “It was an outrageous breach of fiduciary duty to the taxpayers and her constituents.”

“She was trying to win a political argument by a violent assault. It was an outrageous breach of fiduciary duty to the taxpayers and her constituents.”

The ex-leader of the Black Panther then sued the city for emotional distress, battery and elder abuse, claiming Brooks was acting an official that evening when the incident occurred.

The legal challenge went to trial in Alameda County Superior Court and the jury awarded Brown nearly $4 million in damages – but the figure was lowered to $1.2 million after Judge Paul Herbert ruled that the original amount was “excessive.”

The court also found that Brooks lied under oath about the incident and “exhibited no true remorse for her callous behavior,” Herbert wrote in the ruling back in April.

Councilwoman is currently running for re-election this fall to retain the position she has held since 2002. She reportedly appealed the punitive damages and the nearly $50,000 in attorney fees she was ordered to pay.