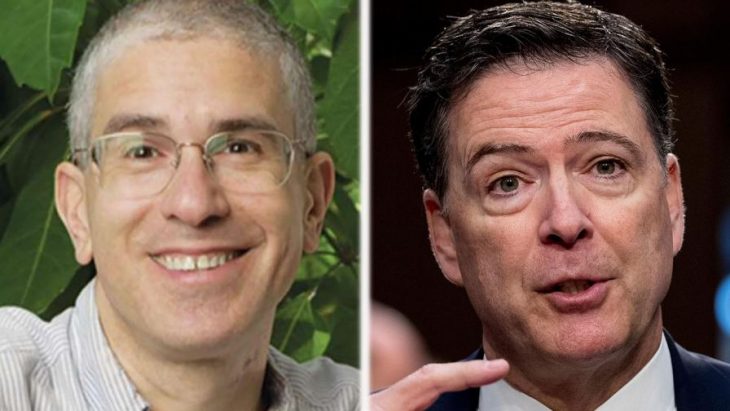 “The committees are aware James Comey, the former director of the Federal Bureau of Investigation (FBI), shared or instructed staff to share at least some portion of the memos he drafted memorializing his conversations with President Donald J. Trump (the Comey Memos) to an individual named Daniel Richman,” the letter read.

Fox News has reported that Richman, who works at Columbia University, previously worked as a “special government employee” for Comey’s FBI on an unpaid basis. The lawmakers said they wanted more information on that arrangement.

“To assist the committees in their oversight of this matter, please provide a copy of any nondisclosure agreement(s) signed by Richman with FBI, DOJ or any other entity of the federal government,” Gowdy and Goodlatte write.

Richman emerged last year as the former FBI director’s contact for releasing memos documenting his private discussions with Trump – memos that are now the subject of an inspector general review over the presence of classified material.

Sources familiar with Richman’s status at the FBI told Fox News that he was assigned to “special projects” by Comey, and had a security clearance as well as badge access to the building. Richman’s status was the subject of a memorandum of understanding.

While Richman’s portfolio included the use of encrypted communications by terror suspects, the sources said he also was sent talking points about the FBI’s handling of the Hillary Clinton email investigation.

Those talking points attempted to compare and contrast Clinton’s use of an unsecured personal server exclusively for government business with the case of retired Gen. David Petraeus, who shared classified information with his biographer and mistress Paula Broadwell, as well as the case brought against the late Sandy Berger. The former national security adviser under President Clinton pleaded guilty to the unauthorized removal and retention of classified material from the National Archives.

According to the Office of Government Ethics, a special government employee is “an officer or employee who is retained, designated, appointed or employed to perform temporary duties, with or without compensation, for not more than 130 days during any period of 365 consecutive days.”