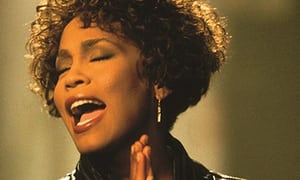 Whitney, which has the backing of the singer’s family, alleges Houston was abused by her cousin Dee Dee Warwick

A new documentary about the life of Whitney Houston alleges that the singer was sexually abused as a child by her cousin the soul musician Dee Dee Warwick.

Whitney, which is directed by the Scottish film-maker Kevin Macdonald, premiered at the Cannes film festival on Thursday. Described as the definitive story of the global superstar, the film features interviews with many of Houston’s relatives and close acquaintances, two of whom make the claims against Warwick.

Houston’s half-brother, the former NBA basketball player Gary Garland-Houston, alleges that both he and Houston were sexually abused by Warwick when he was between the ages of seven and nine. (Houston would have been a toddler at the time.) The claim is supported by Houston’s assistant Mary Jones (often referred to as “Aunt Mary”), who says the singer spoke of being “molested at a young age” by a woman.

Houston died in 2012 at 48 after drowning in a bathtub. She enjoyed enormous success in the 1980s and 90s, selling more than 170 million albums and starring in the box-office smash movie The Bodyguard. But in her later years Houston struggled with drug and alcohol abuse that left her unable to perform properly. A coroner’s report into her death cited heart disease and drug use as contributing factors.

Dee Dee Warwick (born Delia Mae Warrick) was the niece of Houston’s mother, Cissy Houston, and the younger sister of veteran soul star Dionne Warwick. A celebrated soul and gospel performer in the 1960s and early 70s, Dee Dee Warwick’s career was nevertheless overshadowed by the success of her sister, for whom she performed backing vocals towards the end of her career. Dee Dee is said to have struggled with narcotics addition and died in 2008, aged 63.

The Guardian has contacted representatives of the Warwick family for comment on the allegations.

Macdonald’s film, which premiered at the Cannes film festival on Thursday, is the second documentary profile of Houston in two years, after Nick Broomfield’s 2017 film Whitney: Can I Be Me. Unlike Broomfield’s film, Whitney has been made with the blessing of Houston’s family. As well as premiering previously unseen behind-the-scenes footage of Houston, the film contains interviews with many major figures in the singer’s life and career, including her ex-husband Bobby Brown, her Bodyguard co-star Kevin Costner and the man who discovered her, Arista Records founder Clive Davis.

In addition to the claims made against Dee Dee Warwick, the film alleges that Houston had earnings stolen from her by her father and accountant John Houston, who died in 2003. He unsuccessfully sued his daughter for $100m in 2002 for a breach of contract relating to a record deal reached between the singer and Arista/BMG.

The film also looks at Houston’s volatile marriage to Brown, rumours about her relationship with her creative director Robyn Crawford, and the difficult upbringing of Houston and Brown’s daughter Bobbi Kristina Brown. Bobbi Kristina’s death in 2015 echoed that of her mother; she was found unresponsive in a bathtub and died after being in a coma for six months.

Whitney will be released in UK and US cinemas on 6 July.