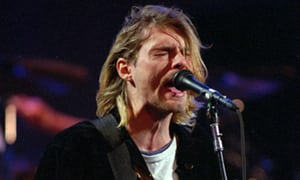 Richard Lee sued the city of Seattle to release photos of Cobain’s body, believing the musician to have been killed by government officials

A Seattle court has ruled that photographs from the scene of Kurt Cobain’s death will remain sealed from the public. In 2014, conspiracy theorist Richard Lee had sued the city over the release of the images, believing them to support his long-held view that Cobain was killed by government officials. Cobain’s death on 5 April 1994 was ruled suicide. Court documents state that the images depict “Cobain’s body as it lay in the family residence after he was shot in the head”.

The court of appeals ruled in favour of Cobain’s widow, Courtney Love, and daughter, Frances Bean Cobain, who had sought a ruling “permanently enjoining the City from disclosing, disseminating, releasing, or distributing any death-scene photographs not previously disclosed”, the Blast reports. Lee lost his original suit in 2015 and filed an appeal in 2017.

Cobain’s next of kin have previously testified in the case. Love has described his death as “the most traumatic experience of my life. It left me physically distraught, and I continue to suffer emotionally from the loss of my husband to this day.” His daughter testified that she had no memory of her father, but “has had to deal with the trauma of his death her entire life”.

In April 2016, Love gave a statement accusing Lee of trying to exploit Cobain’s death, which he claims to have been investigating for more than 23 years. Love claimed that Lee “stalked and harassed me, my family and my friends for many, many years … On one particular occasion, Mr Lee even filmed himself chasing a limousine for several miles that he thought I was a passenger in. Mr Lee’s actions make me fear for my safety.”

On the 20th anniversary of Cobain’s death in 2014, detective Mike Ciesynski reviewed the case files and said he found no new information to change the police conclusion that Cobain took his own life. He did find four rolls of undeveloped film from the suicide scene. After releasing two of the images in 2014, police released 34 additional photographs taken at the scene following numerous public disclosure requests.