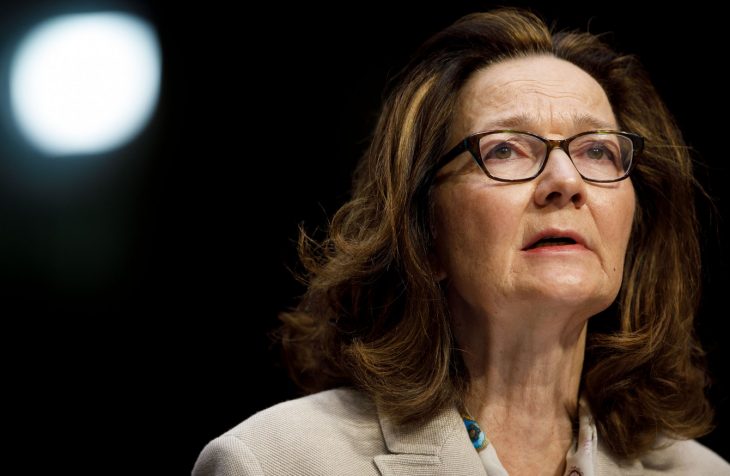 Yesterday Haspel’s nomination was approved by the US Senate Intelligence Committee.

THE US SENATE has confirmed Gina Haspel as the next CIA director, despite deep reservations among some lawmakers that her involvement in the torture of Al-Qaeda detainees in the early 2000s was a red flag.

President Donald Trump’s pick to lead the Central Intelligence Agency passed with a handful of opposition Democrats bucking their party and supporting the controversial Haspel’s nomination, while others warned the vote would signal the nation’s position on torture.

The 61-year-old Haspel, a Russia specialist who spent her career in the clandestine service, becomes the first woman to lead the agency, taking over from Mike Pompeo, whom Trump recently made his secretary of state.

Yesterday Haspel’s nomination was approved by the US Senate Intelligence Committee.

Republican Senator John McCain, who was tortured during years spent as a prisoner of war in Vietnam, led a push to reject Haspel after she refused to describe the interrogation methods used after the 9/11 attacks as “immoral.”

But she reiterated her opposition to the practice in a letter sent earlier this week to the committee’s senior Democrat, Mark Warner, persuading him to endorse her.

“With the benefit of hindsight and my experience as a senior agency leader, the enhanced interrogation program is not one the CIA should have undertaken,” she told Warner in the letter dated Monday.

Out of the shadows

After a lifetime spent in the clandestine service, almost nothing was known about Haspel, even what she looked like, until a sketchy official biography and a few photographs were released in the last two months.

She joined the CIA in 1985, a few years after graduating from a Kentucky university where she studied languages and journalism.

She joined the agency’s Counterterrorism Center on September 11, 2001, the day when Al-Qaeda operatives hijacked and crashed four US airliners, leaving almost 3,000 dead.

She has won praise from some for following orders; others criticize her for not refusing to do so. In her Senate confirmation hearing, she said agents were working under orders they understood were legal.

“We had been charged with making sure the country wasn’t attacked again,” she said.

Her nomination had strong support from inside the agency and across the intelligence community, where even strong opponents of Trump backed her.

“Gina Haspel is precisely the kind of truth teller you want in the room when important decisions are being made,” said former CIA director Michael Hayden.