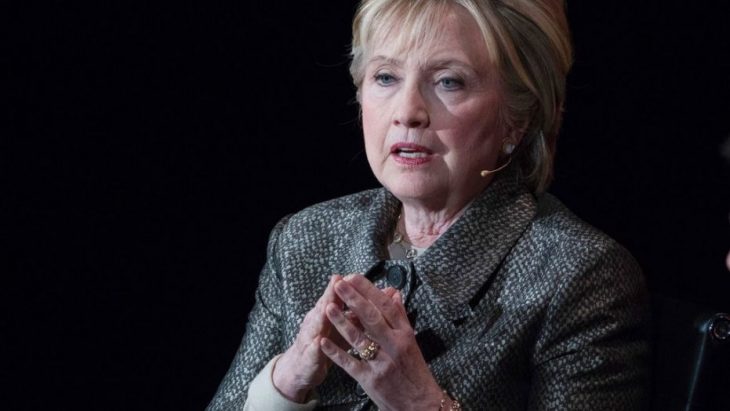 Big-name Democrats will join thousands of educators in Pittsburgh this weekend when the American Federation of Teachers (AFT) holds its biennial convention.

More than 3,000 teachers from across the U.S. will be in Pittsburgh this weekend for an @AFTunion convention. https://t.co/Z9fK7dnNKu @PittsburghPG @AFTPA @PFT400

Former Secretary of State Hillary Clinton, and U.S. Sens. Bernie Sanders and Elizabeth Warren are among the scheduled speakers for the event, which will begin Friday, the Pittsburgh Post-Gazette reported.

Members of the National Education Association, which supported Clinton’s failed presidential bid in 2016, will be present as well.

Under the 5-4 ruling in Janus v. American Federation of State, County and Municipal Employees (AFSCME), public-sector employees may now opt out of having union dues payments deducted from their paychecks, the Washington Examiner reported.

The ruling was widely bemoaned by advocates of organized labor, including AFT President Randi Weingarten.

“We are at this solemn and scary inflection point in our country where there are really troubling trends and amazing activism at the same time,” Weingarten said Tuesday, according to the Examiner.

She noted that membership in the AFT has skyrocketed because of a strategy implemented before the Supreme Court ruling.

The AFT, which represents 1.7 million teachers, has 3,000 affiliates throughout the country, making it the nation’s largest teacher union.

The AFT has made news this year for promoting student and teacher protests following February’s school shooting in Parkland, Fla.; cutting ties with Wells Fargo after the bank refused to end its relationships with the National Rifle Association and gun makers; backing teacher strikes in West Virginia and other states, and opposing visas for hiring foreign teachers.

The convention will take place in downtown Pittsburgh at the David L. Lawrence Convention Center.

Earlier this year, thousands of teachers in West Virginia, Arizona, Colorado, Oklahoma and Kentucky walked off their jobs, demanding pay raises and more funding for their classrooms.