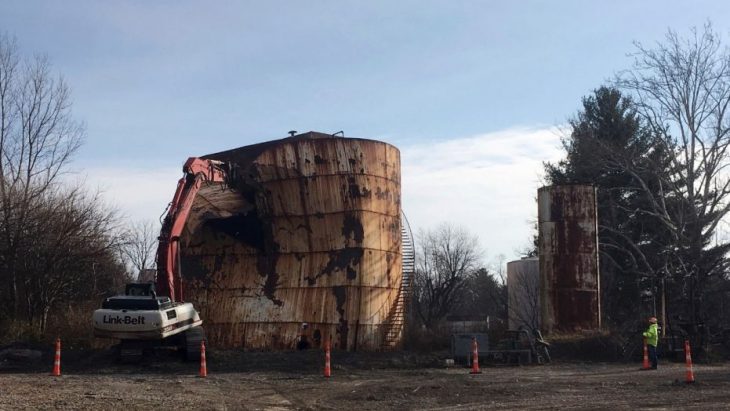 More than a decade after the former Indiana oil company of Vice President Mike Pence’s family filed for bankruptcy, taxpayers are bearing the costs of millions of dollars to clean up more than 85 contaminated sites, a report says.

Kiel Bros. Oil Co., once owned by the Pence family, left behind contaminated sites in Indiana, Kentucky and Illinois since the company filed for bankruptcy in 2004, the Associated Press reported. Indiana alone has spent at least $21 million on cleanups thus far, or an average of about $500,000 per site, the report said.

Indiana alone has spent at least $21 million on cleanups thus far, or an average of about $500,000 per site, a report says.

Kiel Bros. has reportedly paid for only a fraction of the overall cleanup effort. In court documents, the company cited payment of $8.8 million in “indemnity and defense costs,” but noted that $5 million of that amount came from the states.

Pence spokeswoman Alyssa Farah dismissed the findings as “a years old issue” that the vice president has already addressed.

A campaign spokeswoman for Greg Pence — the vice president’s older brother, who was president of Kiel Bros. when it went bankrupt and is now running for Congress as a Republican — dismissed the findings as “another attempt by the liberal media to rehash old, baseless attacks.”

According to a new report, taxpayers face millions in environmental cleanup from approximately 200 gas stations left behind by the oil company Kiel Bros.

Some view the company as hypocritical for burdening taxpayers with the lion’s share of the cleanup bill, given the family’s reputation as fiscal conservatives and critical of government spending.

Pence’s father joined the company in the 1960s and rose to corporate vice president by the mid-1970s. Mike Pence said he began working for the business at age 14, but it was his brother who took over after their father’s death in 1988 and eventually became president.

In the immediate aftermath, the state of Indiana sought about $8.4 million from the company for cleanup and fines. After a new Republican governor, Mitch Daniels, assumed office in 2005, the state dropped that claim, which had been filed under Daniels’ Democratic predecessor, Gov. Joe Kernan.

Daniels appointed Greg Pence deputy commissioner of the Department of Environmental Management, the same agency fighting Kiel Bros. in court. Pence stepped down after only a few months, however, and returned to the petroleum business.

In dropping its claims against the company, state officials stated in a 2007 court filing that “significant cleanup activity has occurred.” They also said they were “satisfied” with the company’s plan for future cleanup, which relied on the state paying much of the cost.

Greg Pence, older brother of the vice president, is running for a U.S. House seat.

Indiana’s payout limit was $2 million per site until Mike Pence as governor increased it to $2.5 million in 2016. That year Indiana paid out nearly two-and-a-half times the national average per incident, according to records cited by AP.

David M. Uhlmann, an environmental law and policy professor at University of Michigan Law School, speculated that Pence used his political position to gain favorable treatment for the company.

Farah, the vice president’s spokeswoman, dismissed the notion as “simply not grounded in fact.”