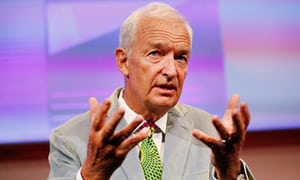 The Channel 4 News presenter Jon Snow has taken a voluntary 25% cut to his salary in an attempt to close the gender pay gap at the broadcaster.

Snow said he had made the decision after large companies – including Channel 4 and ITN, which produces Channel 4 News – were forced by the government to publish the average amount they pay women and men.

Snow told the Daily Mail he had taken a “gender pay cut”. He added: “I did it as a cooperative gesture. I took the cut over two months ago – 25%. Alas, contractually, I am not able to disclose my salary then or now.”

This year Channel 4 revealed that female employees on average earned almost 30% less than men at the broadcaster. The pay gap for ITN, the separate company that produces news programmes for ITV, Channel 5 and others, was 19.6%. This compares with a 10.7% difference at the BBC.

A Channel 4 News source said that Snow, as one of the station’s most recognisable faces, was employed directly by Channel 4 rather than ITN, meaning his pay cut will reduce the gender pay gap at the broadcaster rather at the news production company.

They also claimed Snow’s salary before the pay cut was substantially lower than the £1m a year claimed in reports.

This year Channel 4’s new chief executive Alex Mahon said she would act to reduce the gender pay gap at the organisation: “There is no quick fix, but identifying the complex and multiple reasons behind our gap is the first step towards tackling the fundamental issues at play.”

“We must reduce the gap by focusing on increasing the proportion of women in higher-paid roles,” she said.

Gender pay gaps in the media industry have become a major issue since last summer’s publication of the salaries of BBC stars. The move revealed substantial discrepancies between some male and female presenters working on the same programmes. This was compounded by the resignation of the BBC China editor, Carrie Gracie, in protest at being paid less than her male counterparts.

Government legislation then forced other media companies to reveal their pay differential, with the Guardian’s parent company revealing a 11.3% pay gap. This compares with 15.2% at Rupert Murdoch’s News UK, 19.6% at the publisher of the Daily Mail, and 35% at the Daily Telegraph.