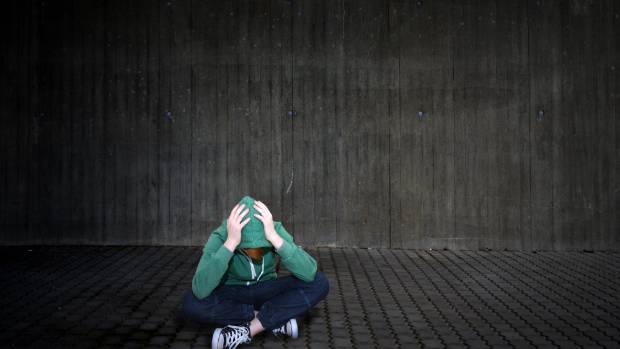 2016 was a bad year for our child and we didn’t know if it would ever get any better.

My children attended a Catholic primary school and did well there until the start of 2016. My oldest had been upset at school which was not normal for him as he was a regular kid who loves sports and has always been involved in local clubs. I spoke with teachers about possible bullying but was told things were OK and they would deal with it. I started receiving phone calls about my child having outbursts in class, this was not common for my child and I was starting to see a change in personality.

My child starting falling behind in school work and was refusing to cooperate with teachers. This continued to a point where we watched our happy child turn very dark and miserable, anxieties developed at the thought of going to school the next day and all confidence was starting to disappear.

READ MORE:
* Bullies targeted my son because of his hair colour
* Dear bullies, I still hear your taunts
* When the skinny, bullied kid becomes the bully

As a parent I cannot even begin to explain how that made us feel. Something was happening to our child and everyone kept telling us that there was ‘something very wrong with him’ and asking ‘is there something going on at home’. How many times should I have to say that there is nothing going on at home, this issue did not start in my house. Although by this stage my child could no longer look at anyone in the eye and very rarely spoke with anyone outside of the family. This was very much noticed by both our extended family and close friends.

I attended meetings with the teachers but started taking my mum with me as I felt I was going crazy. My mum and I walked away from yet another meeting thinking that things were going to get better and it was all under control, only to be told the next day by of the teachers that there was something seriously wrong with my child, she had never seen such a ‘dark’ child and he needed to see a counsellor who was not involved with the school.

We contacted a counsellor who met with our child on a weekly basis. After a few weeks of regular sessions we learnt a couple of things with the first being that there was nothing wrong with our child. The counsellor confirmed that there was bullying going on, and that our child felt very strongly that the teachers did not care about all of the kids at the school, only some of them. This grew a distrust in teachers and our child no longer saw them as someone who could help. The counsellor informed us that she felt it was a very unhealthy place to keep our child in.

I asked our child to change schools only to be told that it wouldn’t make any difference because there are still teachers and bullies at other schools. Due to this discussion being in term four I made an agreement with our child that if things did not improve and get better by the end of the term then we would look at new schools to start the new year in.

Over the summer holidays our child seemed to relax and started showing bits of his old self. It was amazing and gave us new hope. Term one of 2017 arrived and after only a week of being back in school our child was changing again. I thought I was over-thinking it and left it to see if it would settle, after all it was only the first full week back at school. Five weeks into school and I found our child crying at home and ready to move schools.

By the next week we had moved our children to another school and now couldn’t be happier. This school has worked closely with our oldest child to regain trust and grow confidence, it is amazing what can be done when given the right environment and care. Our child is now happy and enjoys going to school which is also indicated by the improvement in the school work being produced.

Looking back, I realise that a year was far too long to leave my child in that position, but you always worry about change and the unknown. My honest advice is that if your child is ever in the same position, please talk to other parents who have left the school and ask what is going on.

The year we left the school we heard of many others having left but no one knew why. Bullying can only happen if it is not spoken about. Some schools may choose to hide it but it will never go away by itself. It will take a change of culture to help that school, but I would not be willing to wait and put the mental health of my children at risk to see it happen.