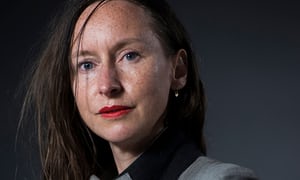 From tantalising texts and passionate emails to heartbreak and rootless wandering … an examination of modern intimacy, this autofiction challenges genre boundaries

A woman has a love affair – or not quite a love affair, or something more than a love affair. She and the man meet in person a few times, but their relationship is never consummated, since it exists only in the world of emails and instant messaging, where responses are thrillingly instant and gratification tantalisingly deferred:

How do you have a breakup when the person breaking up with you was never really there, so can never really leave you? It’s a question that torments the woman. Was the man lying to her, exploiting her emotions under the pretence of an intimacy he never felt? Was she lying to herself, and did all the rules of engagement she carefully intuited (who can contact who first, how long to leave between replies) exist only in her own head?

People will seek love anywhere there’s a sign of it, anywhere love performs word triage: listens, sorts, arranges and feeds words back. Is that all I did? Is that all you needed?

When every place is marked with heartbreak, you might as well be anywhere. The woman travels, crossing Europe by train and coach, and staying with friends or in hostels. As she travels, she writes. What she writes is this book, and the “I” who writes and the “I” who is written are both Joanna Walsh. Joanna-the-narrator is a character familiar from Hotel, Walsh’s long-form essay on the meaning and purpose of hotels and also on the disintegration of her marriage, and from Vertigo, a collection of short stories about a woman in a disintegrating marriage. She is a character of sexy-chic red lipstick and sunglasses, clever almost to the point of pretension and satirical about the fact.

Break.up goes further still than Walsh’s previous work in challenging genre boundaries. The contract between reader and writer is as uncertain as the one between the woman and the man, who never agreed what kind of relationship they were forming together. It’s a novel, because it says fiction on the jacket. But this is a novel that is very strangely written, with quotes from other writers in the margins (Michel Foucault, Sigmund Freud, an unexpected appearance from Nazi architect Albert Speer, a line from Chris Kraus’s I Love Dick – another novel in which a female writer turns a consuming crush into fiction).

It’s also travel writing, because as the woman passes through Europe’s cities, she notes down her observations. In Paris, the houses are clean and white enough to be hotels, “but they’re all turned inwards, their stone the colour of rubber gloves inside-out”. Rome is “a memorial to memorials” at the heart of “an Empire most famous for falling”. Amsterdam is “made entirely from material things”. These descriptions are issued with a certainty that belies their unsteadiness: what would it mean, after all, for a city to not be made of material things?

There are parts of Break.up that thrill, as when Walsh (founder of the Read Women project) describes what it is to be female in a world where the male experience comes first:

Bluebeard’s library was full of mysterious stories written by men. So this was good writing? (It was, of course – brilliant! – but to what end? The question you’re never meant to ask of art.)

But when she uses the women of Amsterdam’s red light district as a backdrop for a digression on sex as performance art, she seems as culpable as the men in Bluebeard’s library of turning them into props. She even calls them “what’s on show in the shallow vitrines”.

What I feel in the end is admiration without pleasure. Walsh places feelings on display, yet keeps them austerely inaccessible, and I see the point of this without enjoying the effect. I miss the unruliness of other female writers playing in the realm of autofiction – the defiantly unsympathetic comedy of Sheila Heti and Kraus, the wild imaginative leaps of Michelle Tea, Anneliese Mackintosh’s unnerving lurches between warm truths and severe frankness. Break.up is a book you could fall for if you like your fiction and your love objects hard-to-get, but not one, I suspect, that will repay your trust.