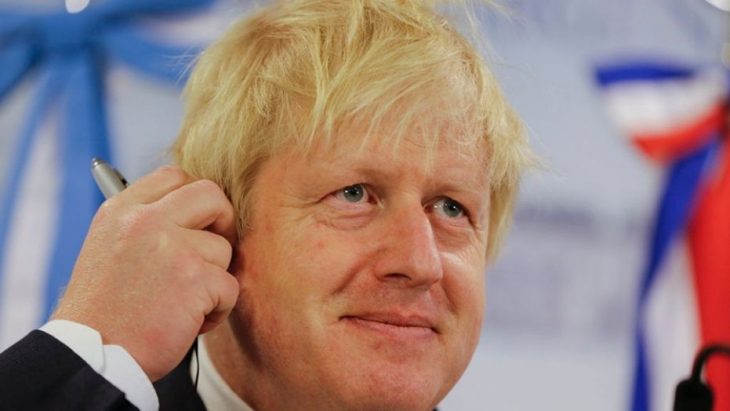 Johnson is the third official from Prime Minister Theresa May’s government to quit in just 24 hours.

Johnson is the third official from Prime Minister Theresa May’s government to quit in just 24 hours.

Boris Johnson, the conservative former mayor of London, quit his post as foreign secretary under Theresa May, bringing to three the number of key officials who have left the cabinet amid criticism of May’s handling of Brexit.

Johnson’s departure was the third in 24 hours from the May government, and could leave her vulnerable to a challenge.

Bravo @BorisJohnson. Now can we please get rid of the appalling @theresa_may and get Brexit back on track.

“This afternoon, the Prime Minister accepted the resignation of Boris Johnson as Foreign Secretary, His replacement will be announced shortly,” said a statement from No. 10 Downing St. “The Prime MInister thanks Boris for his work.”

Johnson followed fellow cabinet members David Davis and junior Brexit minister Steve Baker in bailing on May, whose position as prime minister could soon face a challenge. Davis, who was in charge of the May government’s Brexit negiotiations with the European Union, resigned after saying May could leave the UK in a ‘weak and inescapable’ bargaining position.

May faces a tense meeting with Tory parliament members today as she fights to hang on.

May could face a challenge, as her stance on Brexit talks has come under criticism

Johnson was a key backer of Brexit, the UK move to leave the European UNion that passed narrowly in a 2016 referendum. His departure is likely to hearten critics who believe May is not dealing strongly with the EU.

Forty-eight Conservative members of Parliament would be required to back a call for a vote of confidence in May to prompt a new election.