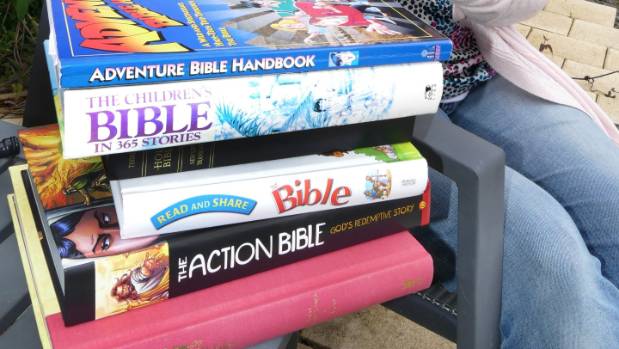 The Human Rights Commission has backed parents right to take a court case to stop religious education in state schools.

They argue it promotes Christianity and marginalises any other religion.

READ MORE:
* New challenge to bible teaching and ‘religious bias’ in state schools
* Small win in long running battle to overhaul religious education in schools
* Call for all major religions to be taught in schools

He said the programme of Bibles in Schools was inconsistent with the Bill of Rights Act.

“It’s discriminating in favour of Christianity against other religions.”

“They teach all our values come from Christianity, which annoys people. They teach you have to believe in God to be a good person…they don’t mention Islam in any of their lessons,” he said.

Hines said parents had the right to pull their students out of classes but it segregated the class and could cause bullying.

“They can get labelled as anti-Christian and parents also.”

Hines said SEN was not opposed to teaching religion in schools, but currently it was done by volunteers and most of the time, only Christianity was taught.

A Human Rights Commission spokesperson confirmed it supported SEN’s application to have its case heard at the High Court.

“The proceedings were originally filed with the Human Rights Review Tribunal in October 2016 and little substantive progress has been made since then,” the spokesperson said.

“The commission believes the case involves important issues of law and that it is in the public interest that these matters be considered and determined by the court as promptly as possible.”

The spokesperson said the commission was acting as an “intervener” in the case as the court would consider human rights principles as well as the relationship between the Education Act and the New Zealand Bill of Rights Act.