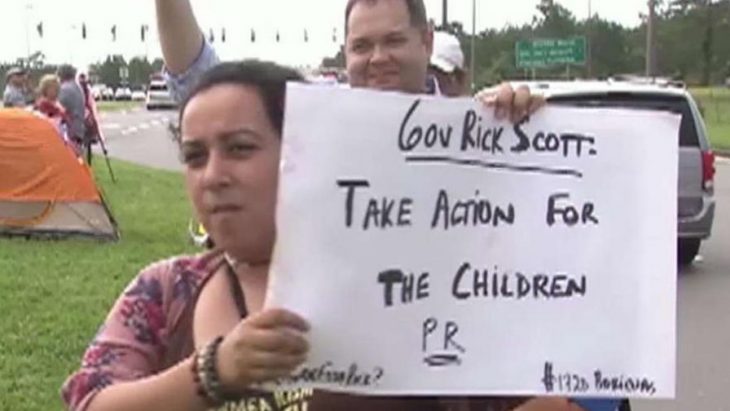 Victims of Hurricane Maria and Harvey still receiving housing assistance will have to find a new place to live. Phil Keating reports.

Victims of Hurricane Maria and Harvey still receiving housing assistance will have to find a new place to live. Phil Keating reports.

Friday night could be the last night that about 500 Hurricane Maria and Hurricane Harvey victims have a bed to sleep on.

They all have to check out of their hotel rooms this weekend and find a new place stay until they get back on their feet. About 400 of the households are Puerto Ricans who relocated to Florida, most ending up just south of Orlando, in the city of Kissimmee. The 100 Hurricane Harvey households are Texans living in the Lone Star State.

It’s been 10 months since the two hurricanes slammed into Puerto Rico and Texas. Since then, The Federal Emergency Management Agency has spent $432 million on Temporary Shelter Allowance, which pays for the hurricane survivors’ hotel rooms. It’s been extended several times already, the last time two months ago – but no more. The FEMA program is only offered when a governor first requests it, and this time, Puerto Rico Gov. Ricardo Rossello isn’t asking for it.

These people, who’ve been living in hotels for the past nine months or so, are the last 3 percent. About 97 percent of the TSA recipients have already found to places to live.

In Florida, there is a significant political aspect to this situation. Sen. Bill Nelson, a Democrat, and Gov. Rick Scott, a Republican, are both heavily courting the Sunshine State’s growing Puerto Rican vote, strategically believing those voters could be the key to victory in November. Scott is term limited as governor and is now trying to unseat Nelson, who’s vying for a fourth term.

Since Category 5 Hurricane Maria slammed into the U.S. Commonwealth, an estimated 200,000 Puerto Ricans have relocated to Florida. Dozens of activists protested outside the Sunshine Summit on Wednesday, site of Thursday night’s Fox News broadcast of the GOP Gubernatorial debate, calling on Scott to get FEMA to extend the hotel benefit. In a statement, he said it wasn’t up to him.

“Florida does not have the authority to extend this federal program. It is a decision that must be made by the government of Puerto Rico. We are committed to taking every possible action to ensure every family displaced by Maria in Florida receives the best possible care.”

Nelson joined several other Democratic Senators and Representatives calling on FEMA to extend the program one more time. Nelson compared the current situation to post-Katrina.

“What we’ve been trying to do with this legislation, now rejected by Republicans, is to use existing law,” Nelson said. “You did it for New Orleans, why not now for Puerto Rico?”

A FEMA spokesperson says these remaining 500 households shouldn’t find themselves stuck on the street this weekend.

Jenny Burke said case workers are available to help the families and individuals find other assistance, like rental assistance, from volunteer and charity organizations.