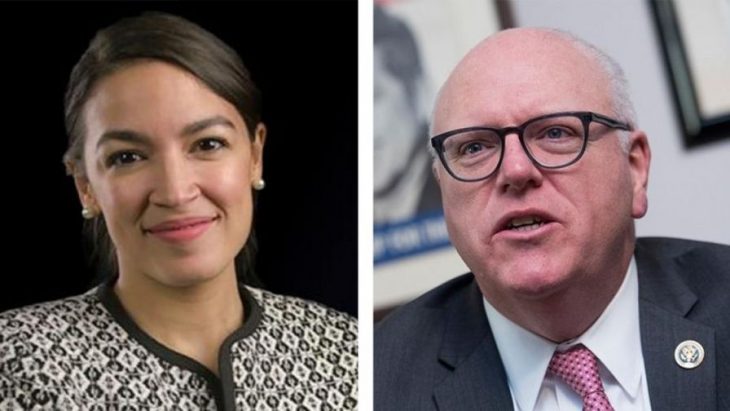 Alexandria Ocasio-Cortez takes down the chairman of the House Democratic Caucus in a stunning primary result; reaction and analysis on ‘Fox News @ Night’ from Mark Penn, former pollster and adviser to President Clinton, and Derek Hunter, contributing editor at The Daily Caller.

Alexandria Ocasio-Cortez takes down the chairman of the House Democratic Caucus in a stunning primary result; reaction and analysis on ‘Fox News @ Night’ from Mark Penn, former pollster and adviser to President Clinton, and Derek Hunter, contributing editor at The Daily Caller.

Alexandria Ocasio-Cortez, a former campaign organizer for Bernie Sanders, pulled off a stunning upset in New York City on Tuesday by defeating U.S. Rep. Joseph Crowley, D-N.Y., who was considered a kingmaker and an all but shoo-in.

Crowley, 56, a 10-term incumbent from Queens and fierce Trump-basher, was a steady fundraiser for fellow Democrats and was thought by some to be a future Speaker of the House.

His defeat left no clear potential choice in the House to succeed U.S. Rep. Nancy Pelosi, D-Calif., as the party’s leader.

There were times that Crowley’s campaign in New York’s 14th Congressional District showed signs of fragility. The New York Times editorial page, after his loss, reported that he ran a lackluster campaign that bordered on complacency. The paper pointed out that he debated his opponent only once.

Ocasio-Cortez, 28, who is from the Bronx, is a member of the Democratic Socialists of America and ran a low-budget campaign where she was outspent by an 18-1 margin.

Among her issues is expanding the Medicare program to people of all ages and abolishing Immigrations and Customs Enforcement (ICE). She recently went to Tornillo, Texas, to protest against policies that have separated parents from their children at the U.S.-Mexico border.

“We beat a machine with a movement, and that is what we have done today,” Ocasio-Cortez said. “Working-class Americans want a clear champion and there is nothing radical about moral clarity in 2018.”

The online site Slate compared her victory to when then-House Majority Leader Eric Cantor, a Republican, lost to unknown Dave Brat in 2014. The publication pointed out that now there was no clear successor to Pelosi in the event of the party taking back the House.

“In the short term, Pelosi may have crossed another potential challenger off of her list, but the bigger picture can’t be good for the existing Democratic leadership structure,” Jim Newell wrote in Slate. “Crowley, for all his accumulated power, just got taken out on the mantra of generational change. This presents an argument, for Pelosi’s detractors in the conference, that the rest of the leadership should follow suit.”

Politico wrote that although a rival to Pelosi was defeated, Ocasio-Cortez represents a “reminder of the generational demands for change at the top of the party hierarchy,” and her victory will likely send a “shudder through the moderate wing of the party.”

Pelosi ties were seen to potentially hurt some Democrats’ bid to hold the seat in the fall. In Pennsylvania, Democrat Conor Lamb vowed not to support Pelosi for speaker – and went on to win a special election in a deep-red district that President Trump carried in 2016 by 20 percentage points.

Pelosi, for her part, described Crowley as “an unwavering champion for America’s working families for almost two decades” who “brought principled, unifying and forward-looking leadership to the historic challenges of the Trump Administration” as the Democratic caucus chair.

“I salute Chairman Crowley for a formidable legacy of achievement for the people of New York,” Pelosi concluded. “I congratulate Alexandria Ocasio-Cortez on her victory.”

Fox News’ Paul Steinhauser and the Associated Press contributed to this report.