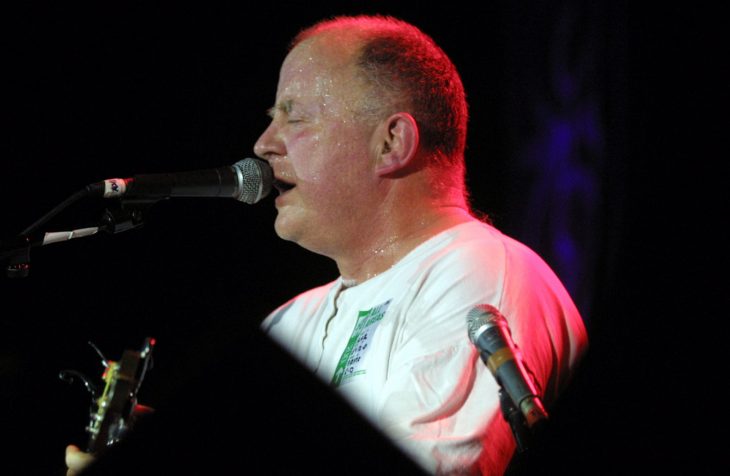 Moore says that he was called a “wife-swapping sodomite” at a campaign march many years ago.

BOTH SIDES IN the abortion referendum debate held press briefings today as the campaign nears its closing days.

The two events were held at the same time in neighbouring hotel conference rooms with polling just eight days away.

On the No side, the LoveBoth campaign released an actuarial report which suggests that Ireland would have 48,000 abortions between 2019 and 2030.

The report makes the assertion by comparing the current Irish abortion rate – officially 4.9 per 1,000 women – with seven western European countries. All of the seven countries – Switzerland,  Germany, Belgium, Finland, Portugal, Denmark and France – have higher rates and laws that are broadly similar to Ireland’s proposed legislation.

However, the western European country with the lowest rate of abortion – and a law very similar to Ireland – is Austria and it was left out of the comparison.

LoveBoth spokesperson Caroline Simons told TheJournal.ie said that Austria was left out due to a lack of updated data. Up to 2005, Austria had an abortion rate of 1.27 per 1,000 women – estimates put the current rate around 1.0.

Simons said that the report showed that Ireland could have 5,300 more abortions per year – 100 or so a week on top of the estimated 4,000 women who either travel for abortions or take abortion pills every year.

“The numbers make for stark reading and so far in this debate there has been very little from (Health Minister) Simon Harris regarding the impact of his abortion law on abortion rates.

“Laws shape attitudes and behaviours. When something is legalised, it is normalised, and it almost inevitably becomes more common.”

On the Yes side, a group including author Marian Keyes, singer Christy Moore and actress Pauline McLynn launched Hear Me Out, an initiative that “asks those who have been negatively affected by the Eighth Amendment put on the kettle, make that cuppa and talk about their experience with an undecided or no-voting friend or family member”.

Speaking at the event, Moore said:

“I feel it’s a very difficult to have this conversation, but I felt it was important to lend my face to the campaign.

“It’s important that men of my age get involved. It could be a man’s daughter, his niece. These are our people.”

Moore says that being called a “wife-swapping sodomite” at a campaign march many years ago convinced him that he would vote yes.

Keyes added that in the final days of the campaign, talking is increasingly important.

“The only way to get this message across is by conversation. It’s not always easy to have those chats, they can be daunting, but right now, they’re imperative. This is a watershed moment in our history, let’s not squander this opportunity, and let’s do every single, last thing we can to change our country into a more compassionate, honest place.”

An Irish Times/Ipsos MRBI poll published today found that 44% of voters support the repeal of the amendment while 32% are against.

A total of 17% said they are undecided while 7% either refused to say or said they would not vote in the referendum.

Together For Yes hailed the result as “showing strong support for change”, while Simons says that the poll showed “a continuing trend” of falling support for Repeal.