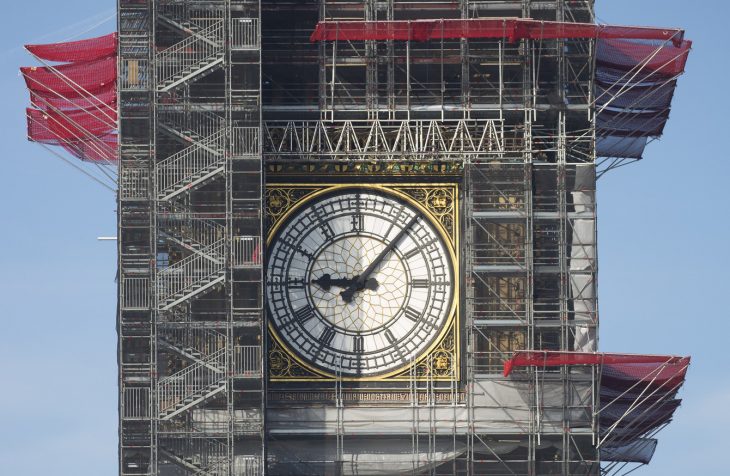 Here’s what’s happened so far, and what’s still to come in the Brexit negotiations.

IT’S NOT JUST trade and citizens’ rights that’s complicated about Brexit, it’s the timeline that leads up to the UK’s departure from the EU.

The timeline is especially important in working out a solution for the Irish border problem. There’s been little to no progress on the border in the past three months, and although

After yet another EU summit, the third since Brexit, and with more talk about ‘sufficient progress’ and deadlines, we’ve compiled a timeline of important dates – past and future.

So let’s go back to where this all started to remind ourselves of how we ended up at the end of a two-year fixed period with no progress on how to avoid a hard border – and how likely it that the timeline will be extended.

Tory Prime Minister David Cameron wins a 12-seat majority in the general election, based on a manifesto that includes the promise of holding a referendum on EU membership.

As well as being part of his manifesto, the EU referendum was also partly prompted by the rise of Nigel Farage and Ukip, who had began to gain traction in local elections. Farage in particular, made frequent statements decrying the EU’s immigration policy.

The EU referendum is held. The final result sees 51.9% vote to leave the European Union, with 48.1% voting to remain.

Northern Ireland and Scotland vote to remain in the EU, while England and Wales vote to leave. Cameron resigns as Prime Minister and Theresa May replaces him on 13 July 2016.

Although Theresa May campaigned for the UK to remain in the EU, she was suspected as being a ‘secret’ Leave voter, and was instructed to campaign for a ‘Remain’ vote as a senior government minister (she was Home Secretary before taking the post as premier).

May also said before the referendum that whatever the outcome, the UK should leave the European Court of Human Rights, outlining problems she had with it as Home Secretary.

“I have decided to stand aside as leader of UKIP,” he told a London press conference. “The victory for the ‘Leave’ side in the referendum means that my political ambition has been achieved.”

He’s replaced with Paul Nuttall in November 2016, who resigns on 9 June 2017 after his party fail to win any seats in the UK general election.

Theresa May tells the House of Commons that Article 50 has been formally triggered.

This set in motion a two-year timeframe which allows a member state to negotiate its withdrawal from the European Union (the scheduled Brexit departure date is 29 March 2019).

Taoiseach Enda Kenny gets unanimous approval that Northern Ireland can rejoin the EU as part of a united Ireland.

Theresa May and Arlene Foster outside 10 Downing Street ahead of a deal to prop up the minority Conservative government.

On 8 June, Theresa May loses her majority in Parliament. She had called a snap election in order to strengthen her hand in the House of Commons and in Brexit negotiations with the EU, and ended up in a minority government propped up by the DUP.

Jeremy Corbyn’s Labour party did better than expected, despite a huge amount of criticism in the UK media.

After much speculation and a prolonged announcement, Enda Kenny announces on 17 May that he would resign as Taoiseach and leader of Fine Gael by the end of the day.

On 14 June, Leo Varadkar becomes Taoiseach after a leadership challenge with Simon Coveney, who he appoints as Tánaiste and Minister for Foreign Affairs.

The infamous ‘backstop’ agreement is struck between the EU and UK, after a bit of back-and-forth with the DUP.

This was an agreement that in a worst-case scenario, where there’s no agreed solution to the Irish border question, there would be “regulatory alignment” between the EU and Northern Ireland to ensure there would be no hard border on the island of Ireland.

There’s been little clarification on what “regulatory alignment” means in practical terms.

Britain, who have pledged to leave the Customs Union and Single Market in order to pursue more lucrative trade deals with countries outside the EU, have said that technology could be used to scan products and track the movement of people across the border.

But many experts, EU leaders and members of the Irish government have said that this technology doesn’t exist yet, and want more detail from the UK. Although Theresa May and the EU have repeatedly vocalised their determination to avoid a border on the island of Ireland, in the two years since the Brexit vote there hasn’t been a comprehensive plan on how to do this.

The UK and EU agree on a transition phase which will last until 31 December 2020 – this is conditional on both sides agreeing to a final withdrawal deal.

The transitional phase would mean that EU citizens arriving in the UK between the 29 March 2019 (when the UK is scheduled to leave) and 31 December 2020 would enjoy the same rights and guarantees as those who arrive before Brexit.

The same would apply to UK expats on the continent. The UK would be able to negotiate, sign and ratify its own trade deals during the transition period while remaining part of existing EU trade deals.

Northern Ireland would also stay in parts of the single market and the customs union if there is still no other solution that would avoid a hard border.

The UK government published a document outlining its position on post-Brexit customs arrangements.

Although it was welcomed by the Irish government, they said that more detail was needed in order to progress with talks. The EU reaction was even more harsh, with Chief EU negotiator Michel Barnier saying it didn’t give enough detail and posed more questions than answers.

The document proposed allowing the whole of the UK to be part of the “regulatory alignment” backstop if an alternative solution couldn’t be found. The regulatory alignment was only suggested, however, to protect the Good Friday Agreement (and avoid a return to Troubles-era violence).

The customs document also proposed putting a time limit on the backstop, which was also dismissed as unworkable; both Varadkar and Barnier made separate statements saying that an “all-weather solution” was needed.

The European Council meeting was held on these days this week.

This is the third and penultimate summit before the UK officially leaves the EU, but because so many issues are left to be resolved, there’s talk of another summit being held between June and the final summit in October to iron out the remaining problems.

These problems include the protection of data after the UK leaves, and “geographical indicators” or a guarantee about where a product is from.

In particular, the Irish question was expected to be discussed and perhaps finalised by the end of this meeting of EU leaders. The lack of progress by the UK has forced the Irish government to begin researching the reaction to a no-deal scenario, which it was reluctant to do before now.

EU negotiators are understood to be disappointed with the amount of progress made on the Irish question between March and June, but still are reluctant to entertain the idea of a no-deal scenario.

This is the date set by EU Chief Negotiator Michel Barnier to have agreed a withdrawal treaty. The final deal is to be put before European leaders for a vote – at least 20 out of 27 leaders of the remaining member states need to approve the deal for it to progress.

EU parliaments have to ratify the deal before 29 March 2019, which is two years to the day after Article 50 was triggered and when the UK must formally leave the EU. After this date, and if a withdrawal bill is agreed upon, Britain would then enter a two-year transition period.

In October 2018 British MPs are also due to vote on the final Brexit deal, as well as give a political declaration on the future of the UK’s relationship with the EU.

There’s been a lot of disagreement within Westminster about who should have the power to vote on the deal – it’s been decided that the elected House of Commons will be the ones to cast their vote on it.

The UK officially leaves the EU – deal or no deal. This is why there’s such a rush to get a final deal on the table, as both elected members of the EU and UK must approve the final agreement and ratify it before this date.

Although the Brexit schedule has been set in stone so far, there’s been some talk of extending the negotiation timeframe to allow for more time to come up with a solution.

This isn’t the preferred approach by the EU or Brexiteers however – Brexiteers including Nigel Farage have said that it would be a betrayal by the UK government to delay Brexit.

The European elections are due to take place, meaning Ireland’s representatives in the European Parliament could change.

Already we know that Sinn Féin’s Matt Carthy will be leaving the EP to run as a Dáil candidate in the next general election.

The elections will also see Ireland’s representation of MEPs rising from 11 to 13 because of the UK’s decision to leave the European Union.